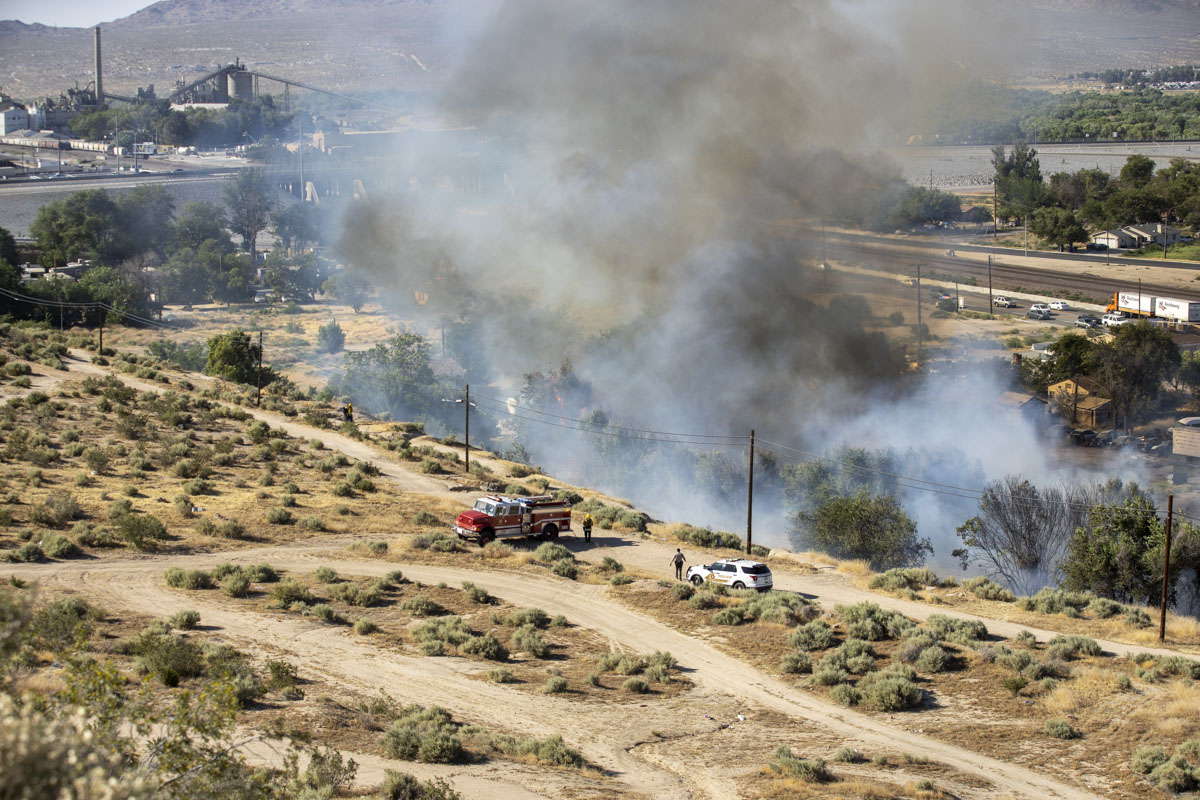 At about 4:50 PM on June 4, 2020, Victorville City Fire Department was dispatched to a vegetation fire on McKinney Way, near the I-15 freeway and found heavy smoke and flames.

The fire was burning an area with large trees, dry brush, and debris left behind from prior homeless encampments.

Strong winds pushed the fire towards the west bringing the flames dangerously close to homes. At one point, the fire jumped into another field and surrounded a two-story residence with heavy fire on both sides of the structure.

Fire crews worked quickly and were able to prevent threat to any of the nearby homes, officials confirmed. The sheriff’s aviation helicopter 40King responded with a water bucket and released at least three water drops over the fire.

As a precautionary measure officials issued a hard road closure on D Street between 2nd Street and the I-15.  The road closure will remain in effect until further notice.