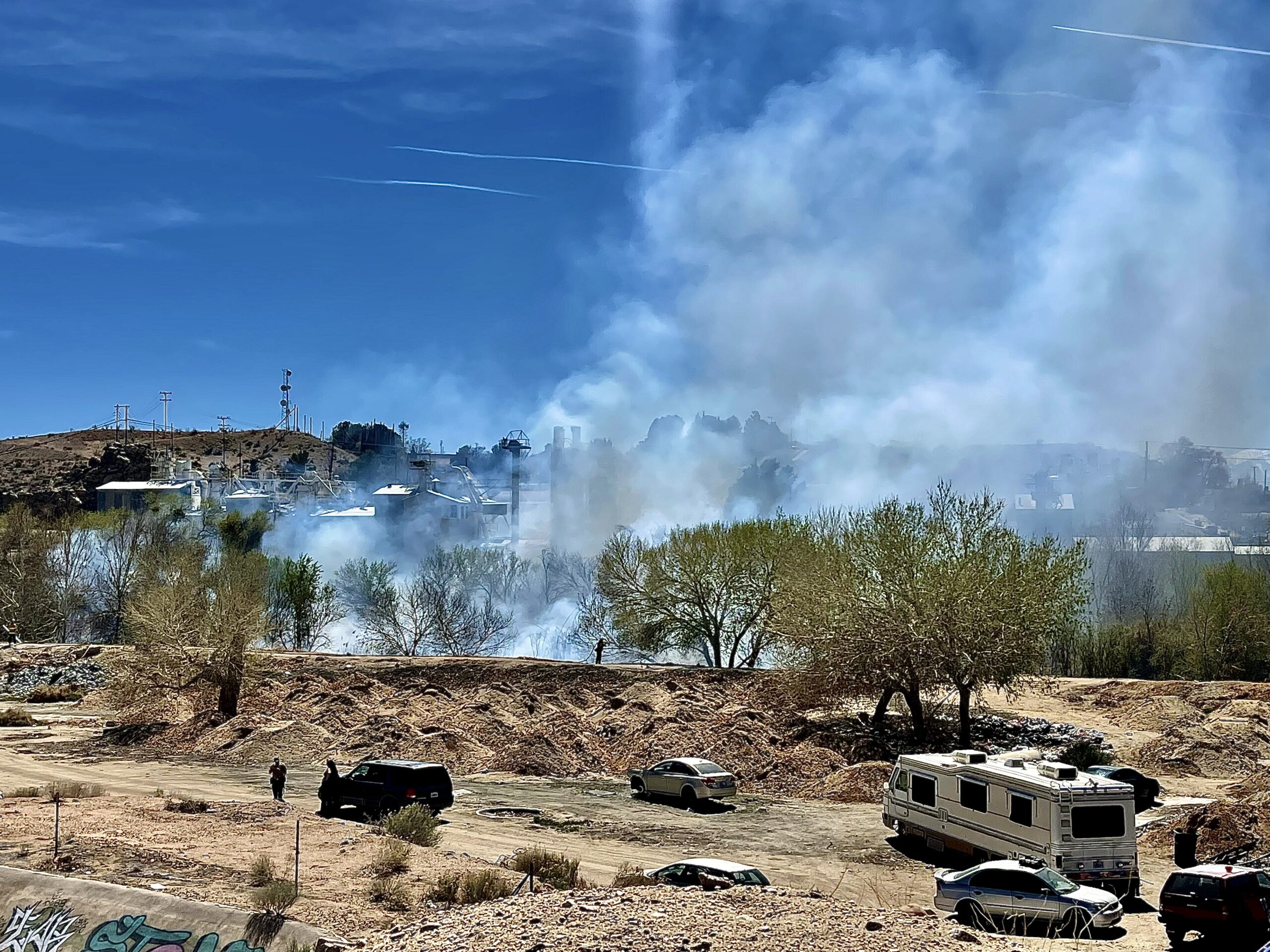 VICTORVILLE, Calif. (VVNG.com) — A vegetation fire broke out in the Mojave River near the Victorville Cemex plant.

The fire was reported at 1:50 pm on Tuesday, March 22, 2022, near Mineral and Stoddard Wells Road in Victorville resulting in large cloud of smoke visible for several miles across the Victor Valley.

The Victorville Fire Department responded and determined that half-an-acre had already burned.

Firefighters requested more assistance to combat the fire, as the winds in the area sustained gusts of 10 miles per hour.

Additionally, with the fire burning in the direction of the railroad tracks, firefighters contacted BNSF to shut down the tracks until further notice.

This is a developing story, please check back for updates. The cause of the fire is under investigation.