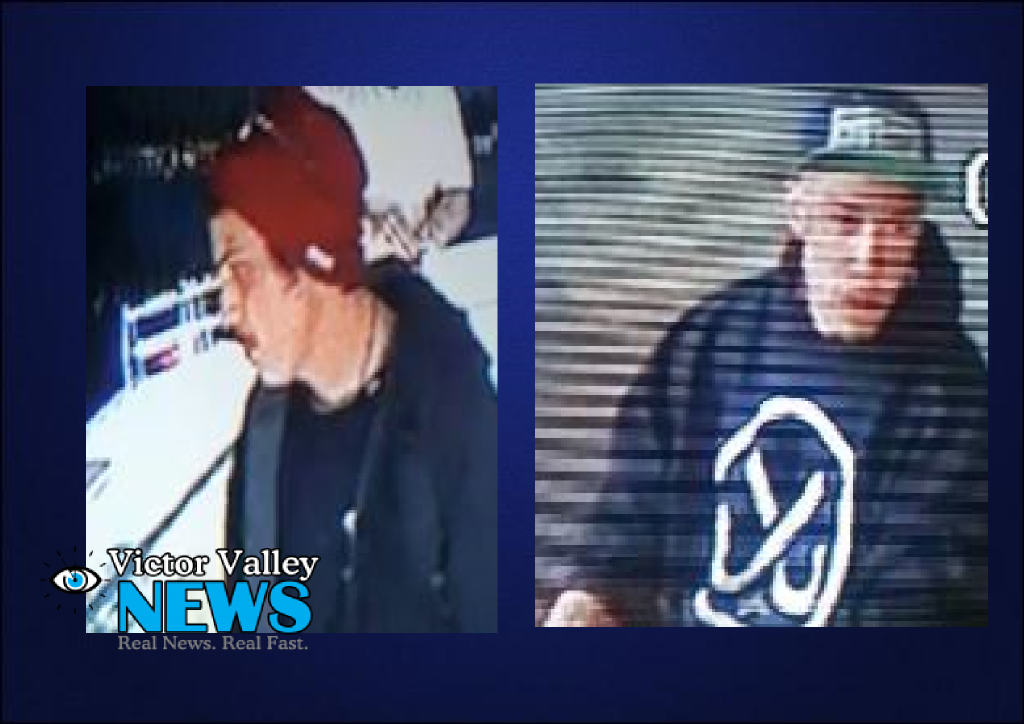 HESPERIA-(VVNG.com): At approximately 5:00 A.M., on Thursday, May 21st two men entered the Vapor Maniacs located on the 12000 block of Jacaranda Avenue in Hesperia.

The two men, came to the store the day prior to the incident and were at the location when the employee got there to open. He assumed that the two men were just there early to wait for the store to open and did not notice anything suspicious at the time.

“They tried to break in yesterday at 9:00 A.M., too, but no one noticed that the door was scratched up,” said Amer Al Khatib, a store employee.

When the men went into the store they looked around then proceeded to make a purchase with a stolen credit card and a fake ID. The card was declined and the owner mentioned the lack of authenticity of the ID. The two left the location, but returned on Thursday morning at approximately 5:00 A.M., before the store opened.

The two males are both described as Hispanic 5’10-6’ and about 165 pounds left the location with merchandise and an undisclosed amount of cash. The two suspects broke the glass door, and damaged the frame and lock.