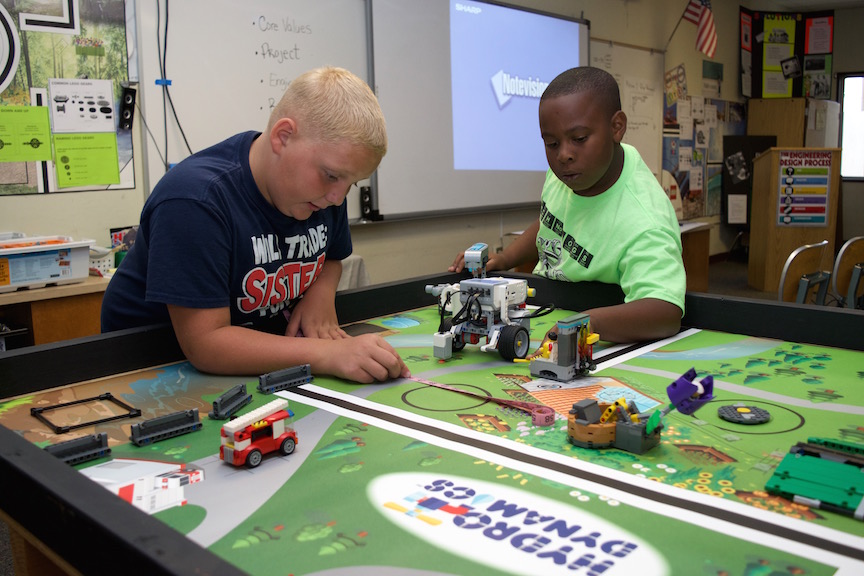 With this year’s national theme of “Into Orbit”, students in grades 4-8 will be challenged to explore the vast expanse of space through solving a real-life problem and through building, testing, and programing an autonomous robot to solve a set of missions in the “Robot Game”.

Teams will be judged by community and industry leaders in 4 categories: robotics challenge, robot design, Core Values, and a research presentation.  The categories are equally weighted and teamwork, communication, and sportsmanship are highly emphasized.

“We often lose so much tech talent and STEM talent to down the hill,” said Dr. Gillette, tournament coordinator and teacher at Vanguard. “My focus has always been to show that it’s also up here.”