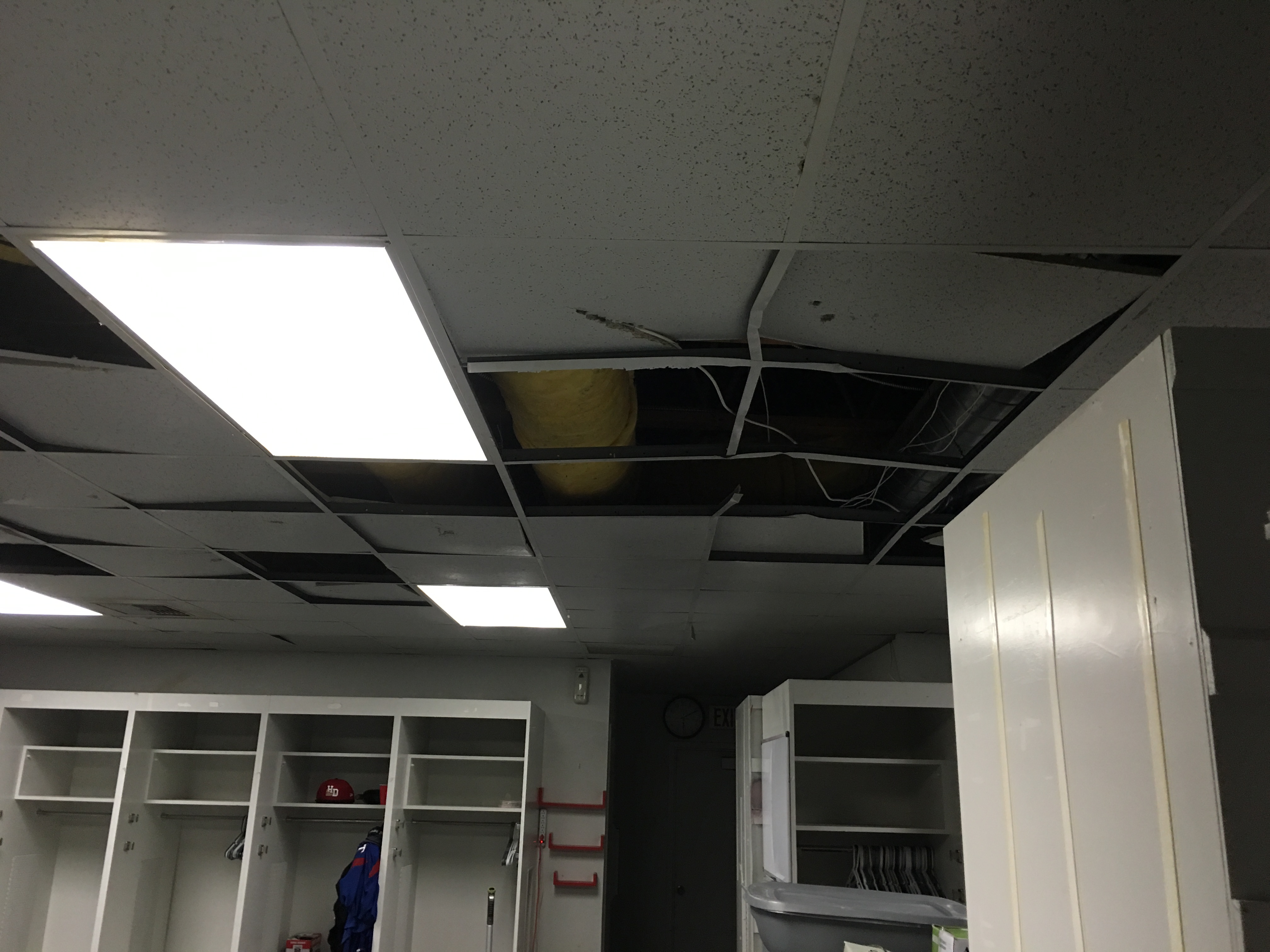 ADELANTO— In what can only be described as a petulant act of vandalism, the home team locker room at Heritage Field—commonly referred to as Maverick Stadium—was almost completely destroyed.

“I was shocked to say the least, at the damage throughout the home team’s locker room,” said an angry Rich Kerr, Mayor of Adelanto. “I would expect that after winning the League title that there might be some trash from celebrating, but not the destruction that was in the players’ locker room and the playing field,” added Kerr.

From broken ceiling tiles, to holes in the walls, a smashed big screen television and damage to playing field, whoever was responsible was obviously venting anger and frustration, not simply celebrating a victory.

The players’ locker room is off-limits to the general public and only the players and staff have access, according to City Manager Cindy Herrera. Herrera reports that the Visitors’ Locker Room had no damage.
The Mavericks clinched the California League title at the game on Saturday night, and it wasn’t until 11:30 p.m. that the gates were secured and everyone had left the stadium.

“It’s impossible to know when the damage would have occurred, but it would have to have happened after all the visitors had departed,” according to Kerr. The ball game ended at 10:00 p.m. followed by a fireworks display.

Several people, one of whom is a City staff member and serves as part of the Sheriff Department’s Citizens on Patrol (C.O.P.), was called out on a fire elsewhere in the city and as he drove past the stadium reported unusual activity at the stadium during the wee hours of the morning. According to the witness, approximately 3:30 a.m. on Sunday morning, there were cars in the stadium’s parking lot.

Another person, who regularly collects recycle materials after the ball games, indicated that he too witnessed several cars in the parking lot after hours.

“Unfortunately, as is the practice for teams in all sports, there are no security cameras in the locker room so we can’t identify the culprits,” said Kerr. A police report was filed, and Adelanto Police have begun an investigation and have taken statements from the witnesses who may have information relating to the vandalism, and observed the vehicles in the parking lot.

Click HERE to view more photos of the damage.