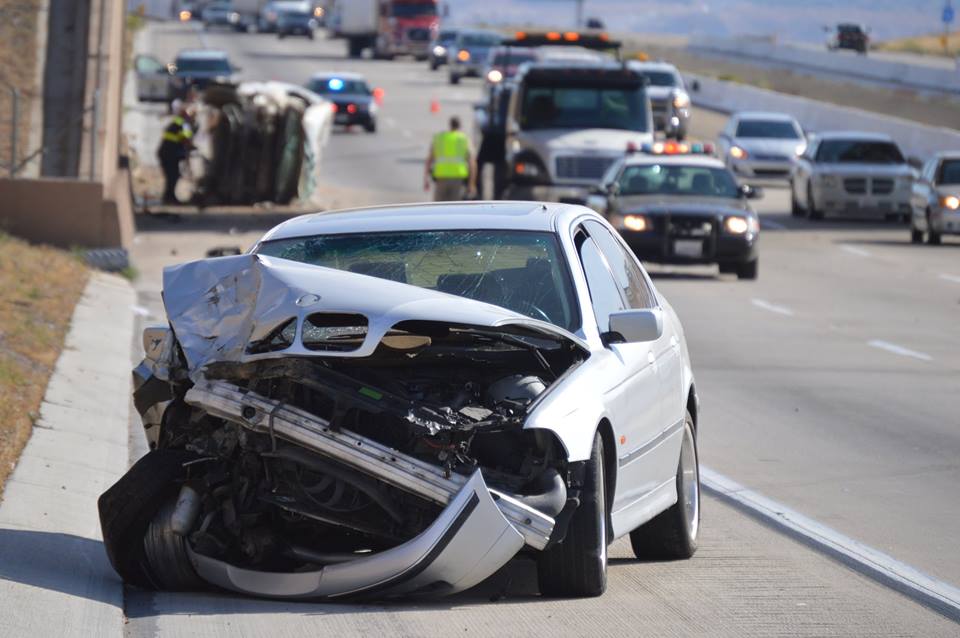 VICTORVILLE-(VVNG.com): According to CHP incident logs, a white commercial van went off the overpass just south of Dale Evans Parkway, subsequently overturning and landing on a silver BMW sedan traveling northbound on the I-15.

The 3:57 P.M., collision blocked the #2 and #3 lanes of traffic slowing vehicles for several miles adding 15-20 minutes to their commute.

The lanes were scattered with debris from both the vehicles and the guard rail on the northbound lanes of traffic.

Both vehicles sustained major damage requiring them to be towed from the roadway. Vehicles were still in the lanes as of 4:55 P.M., on Monday, May 11th.

According to a comment made by Victor Valley News Member Shawna Christine Moore, “the van was rear ended by the car and pushed up the hill she was one of our drivers and thank God she is alright God talked her all the way through.

At this time the extent of the injuries are unknown, more information will be updated when it is received.