APPLE VALLEY, Calif.(VVNG.com) — Sunrise Donuts in Apple Valley was damaged after a van crashed into the business on Friday night.

The small donut shop is located in a strip mall at 21691 Yucca Loma Road in Apple Valley.

At about 7:40 pm, for unknown reasons, the driver of a white Chevy Astro van lost control and crashed through the glass storefront of the business, causing extensive damages.

The business was closed at the time of the incident and no injuries were reported.

According to a news release, Miller was found to be under the influence and ultimately arrested for Driving Under the Influence. He was charged with DUI Alcohol/Drugs he is no longer in custody and has no scheduled court appearance.

The Town of Apple Valleys Building & Safety, Code Enforcement, and Southern California Edison were requested to respond to the location.

The official cause of the crash is under investigation by the Apple Valley Sheriff’s Station.

Sunrise Donuts is the second donut shop in the Town of Apple Valley to sustain extensive damages within a week’s time.

On November 17, 2018, Neils Donuts on the 18100 block of Highway 18 was amongst three other small businesses that were damaged during a commercial strip mall fire. 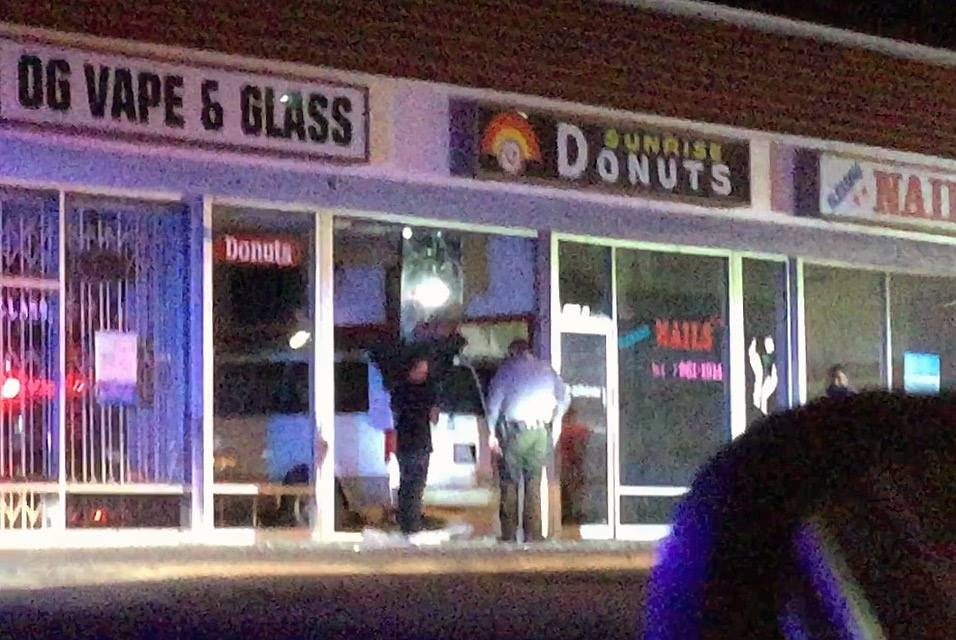