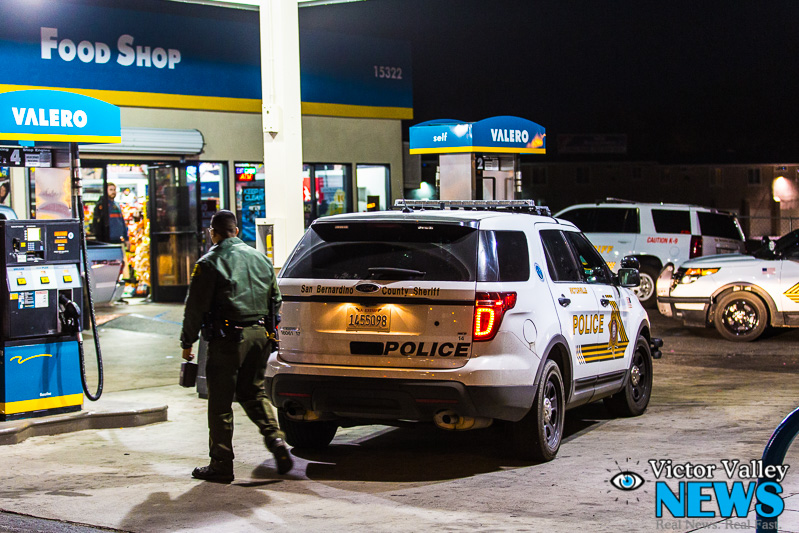 VICTORVILLE:(VVNG.com)- Police are actively searching for two suspects wanted in connection with an armed robbery at the Valero gas station on the 15300 block of Village Drive in Victorville. The armed robbery was reported at about 9:40 P.M., on Monday, November 23, 2015.

That’s when two males armed with a gun entered the Valero gas station at the corner of Village Drive and Mojave Drive. Per scanner traffic, one of the armed suspects pointed a nickel-plated handgun at the cashier and demanded money. The suspects stole approximately $2,000 in cash from the business.

According to witnesses, the suspects were last seen running northbound on Village Drive.

The suspects are described as two black male adults about 18-20 years old. Police are currently reviewing surveillance footage from the gas station. A San Bernardino County Sheriff’s K9 unit is currently assisting ground deputies with the search for the suspects.

Anyone with information is urged to contact the Victorville Police Department at 760-241-2911. More details will be updated as they become available.

Fatal Accident Involving a Car and RV Collision in Baker