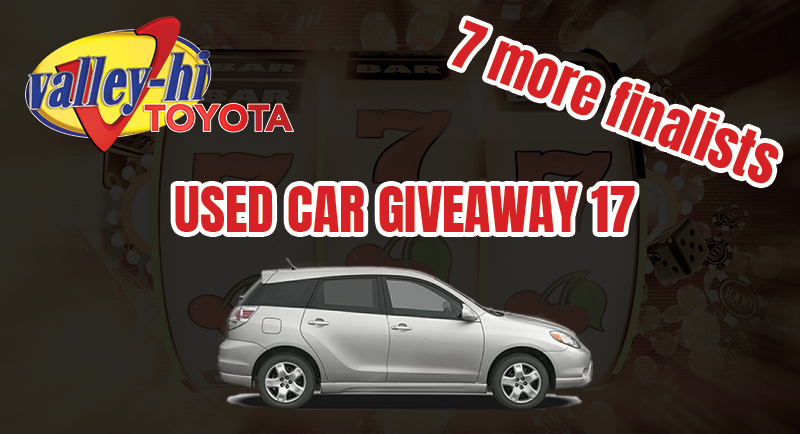 The stream continued to be interrupted due to a computer malfunction during a slideshow sharing those men and women who were nominated by loved ones. The video can be seen here. “You always plan for moments, but things just happen. I grabbed my phone and began another Facebook Live,” said Brian Ortega, Creative Director at Valley Hi Toyota.

After the Veterans were announced, the Toyota dealership opened Used Car Giveaway 17 back up to everyone else. “It’s not as easy as posting ‘IWANNAWIN’ in the comment section, but it’s still quite simple to participate,” said Ortega.

A few mobile-friendly survey questions are asked here. Entrants are encouraged to place an email in case they are one of the 7 finalists from this campaign. “This round you don’t need to be on social media, so your friends and family with an email address are encouraged to participate. You can even text them the link.” Join the Valley Hi Toyota Friends Group page for exclusive information.

The Seven Finalists from round 3 will be announced on Facebook Live next week, probably Black Friday. In case you don’t win, Valley Hi Toyota is having Black Friday specials on Camry, Corolla, Tacoma, and more. A Pre-Owned Tent sale is going on as well. 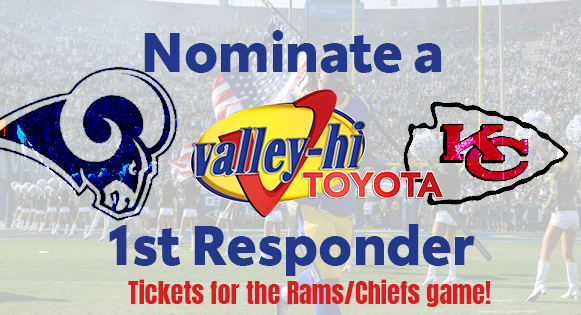