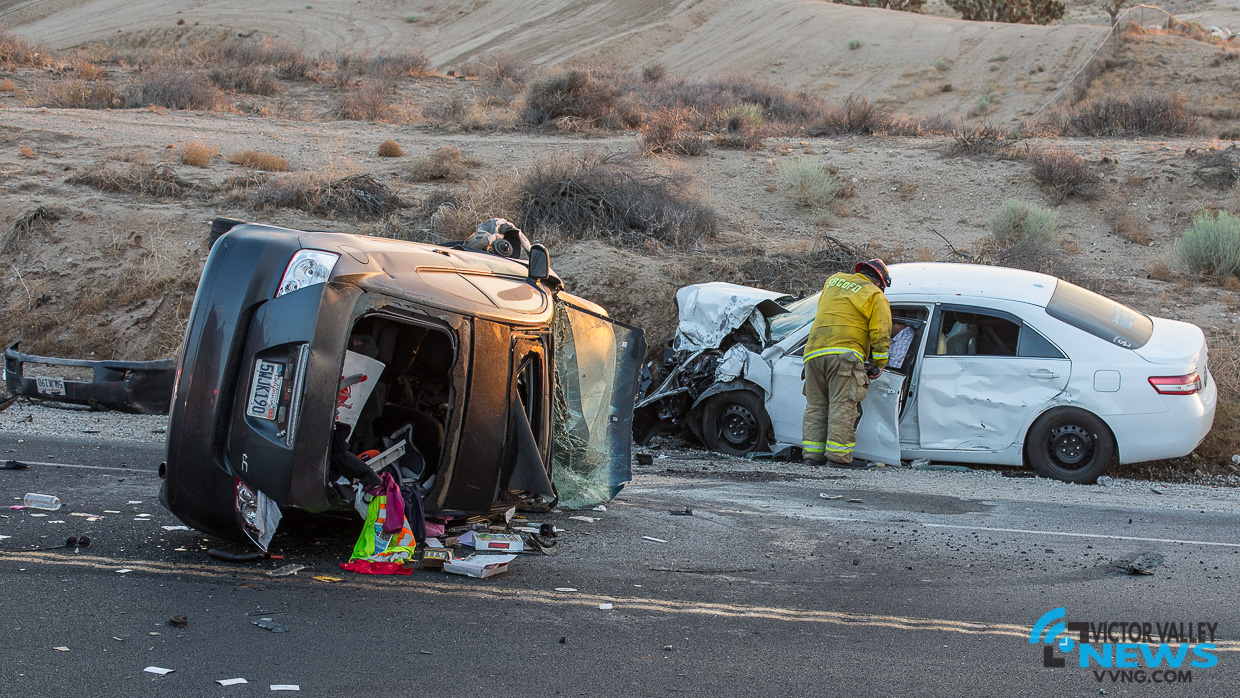 UPDATE 8/17 @ 8:45 AM – Despite life-saving measures the driver of the 2007 Scion died from his injuries while at the hospital, officials said in a Friday morning press release. His identity has not yet been released.

HESPERIA, Calif. (VVNG.com) — One person was flown to a trauma center and another was rushed to a local hospital with life-threatening injuries following a major injury crash here Thursday.

It happened at 7:05 pm, on U.S. Highway 395 between Poplar Street and Main Street in Hesperia and involved a white 2011 Toyota Camry and a gray Toyota Scion.

According to San Bernardino County Sheriff’s Deputy LaFond, the Camry car was traveling south and the Scion was heading north.

Investigators believe that for reasons still under investigation, the driver of the Scion left the roadway onto the right shoulder where he lost control. The vehicle re-entered the roadway, crossing over the double yellow line and directly into the path of the Camry.

Each vehicle was occupied by a sole occupant. The driver of the Scion was transported to Desert Valley Hospital with life-threatening injuries. CPR was performed on him during transport.

The driver of the Camry was airlifted to an out of area trauma center with unknown injuries.

The stretch of Highway 395 is expected to remain closed for several hours as officials conduct the investigation.