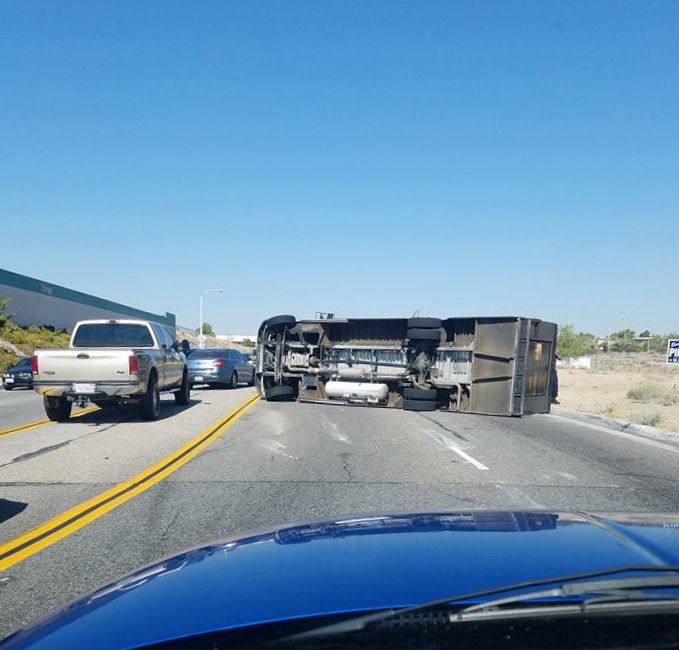 The female driver of the fully loaded UPS truck was attempting to make the sharp turn on Industrial Blvd. when the truck toppled onto its side.

The single vehicle crash was reported at about 9:40 a.m. on August 5th.

Westbound lanes on Industrial Blvd. are currently blocked and a tow truck is en route to remove the truck.

No injuries have been reported. The cause of the crash remains under investigation.