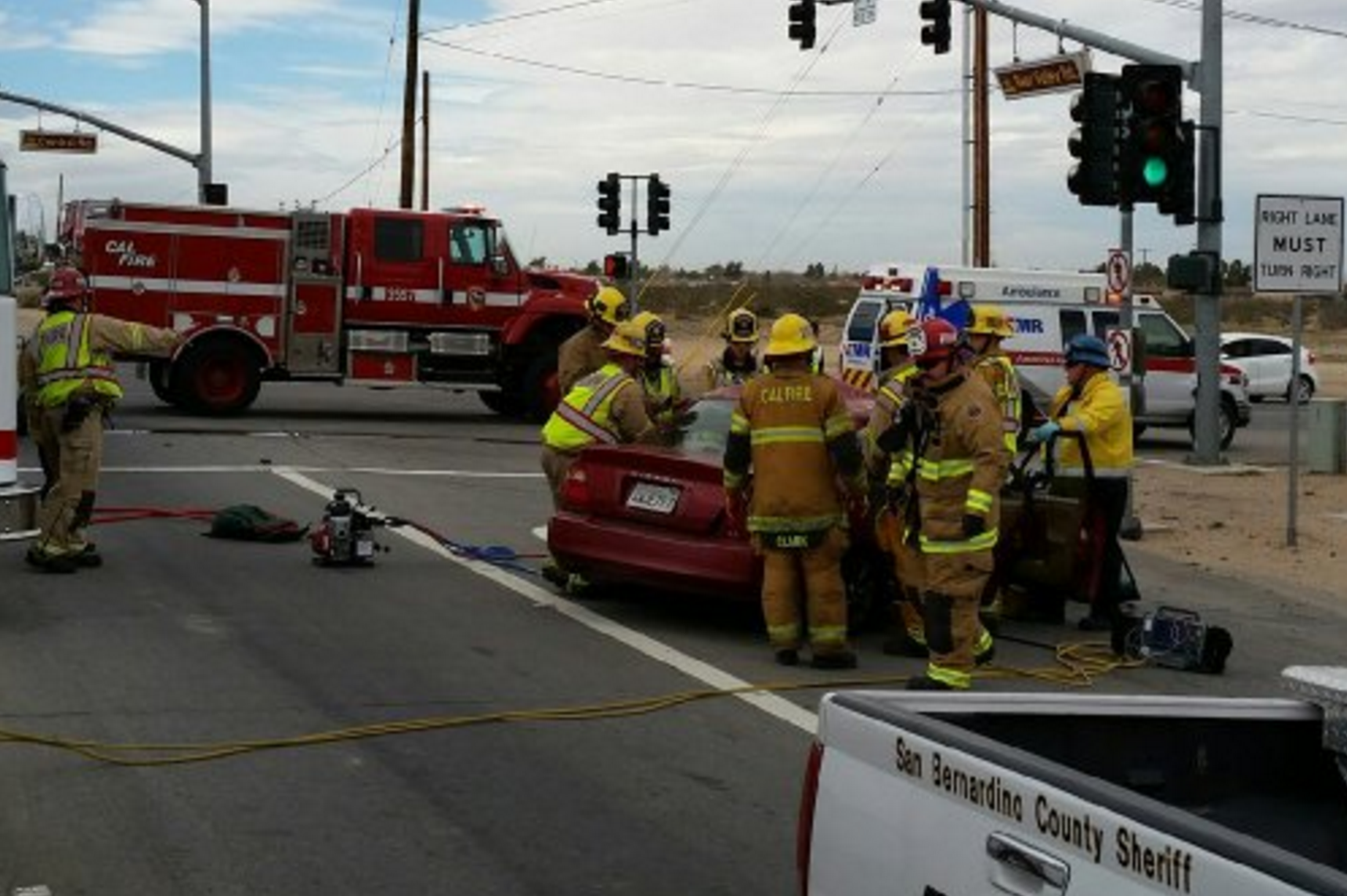 APPLE VALLEY-(VVNG.com): Nearly 24 hours since the fatal hit-and-run traffic collision, San Bernardino County Sheriff’s Department officials said that no arrests have been made. The traffic collision occurred at around 11:40 a.m. on Wednesday.

The now deceased woman, identified as Hesperia resident Heather Hackett, 40 was driving her red 2001 Mitsubishi Mirage northbound on Central Road when she was struck by a gold Subaru Outback that was traveling Eastbound on Bear Valley Road. The Subaru, according to witnesses ran the red light crashing into the Mitsubishi.

The male driver of the Subaru fled from the scene on foot leaving the deceased woman in the mangled vehicle as he ran westbound through the field toward Miramot Road. He was described, per scanner traffic as White or Hispanic male between 18-25 years old, about 5’8″, wearing a black hat and a black shirt with a goatee.

Ground and air units conducted an extensive search but were unable to locate the suspect. Bear Valley Road was closed to traffic from Geode Avenue to Joshua Road and Central Road from Sioux to Bear Valley Road until around 5:30 p.m.

As of Thursday morning, officials from the Apple Valley station told Victor Valley News that the suspect is still at large. Anyone with information is urged the San Bernardino County Sheriff’s Department, Apple Valley Station at (760) 240-7428.