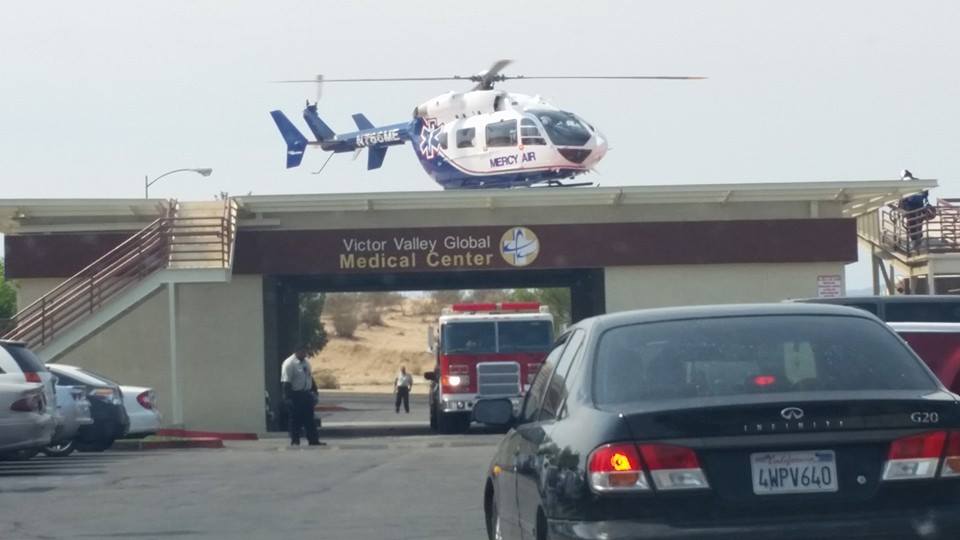 VICTORVILLE:(VVNG.com)- On July 29th 2014 at 9:25 a.m. Sheriffs were dispatched to a disturbance call in the 14000 Block of Seneca Road in Victorville. Upon investigating the incident it was later determined to be one of witness intimidation relating to a previous argument about the ownership of a car.  Suspects 33-year-old Timothy Ola, and 32-year-old William Johnson, forced their way into the home of 42-year-old Christal Bays and assaulted her. Juan Rubio, the husband of Bays defended his wife by fighting Ola and Johnson with a knife.

According to the Sheriff’s Press Release Ola and Johnson fled the scene in a vehicle but were subsequently stopped just minutes later by deputies. Bays injuries were described as superficial while Ola sustained several stab wounds. Both Ola and Bays were transported by air to Loma Linda Hospital for treatment.

Others have been identified in the incident, however their exact role is yet to be determined.  The investigation is ongoing and anyone with information is urged to contact Detective Taylor Long at (760)241-2911.