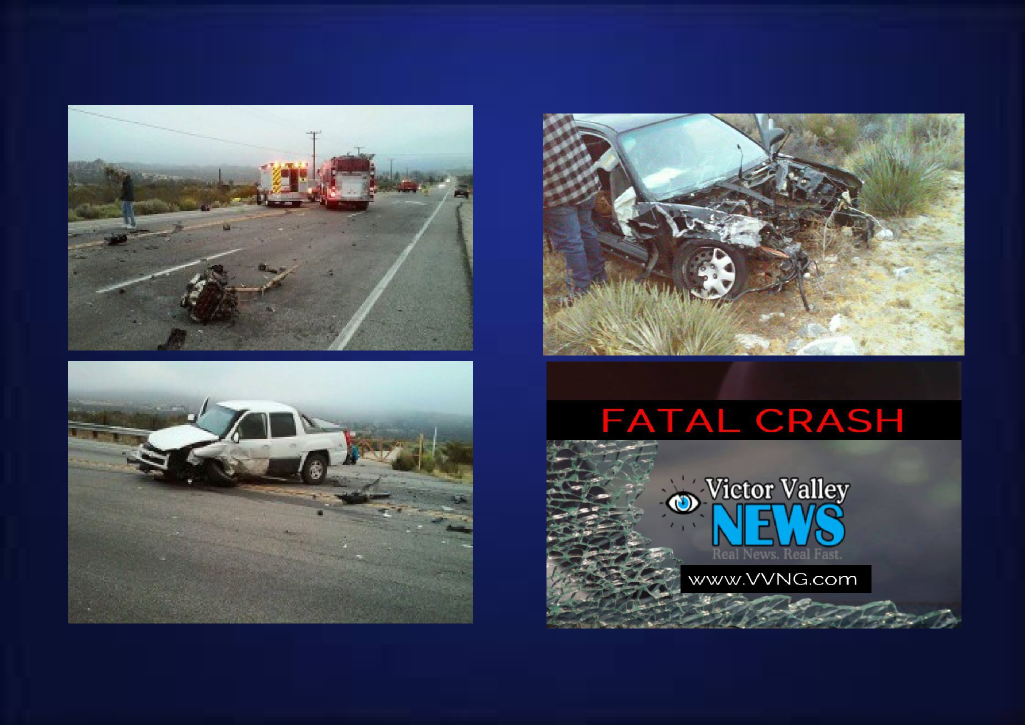 Francisco Mendoza Zaragoza, 58, of Phelan was driving his white Chevy Avalanche westbound on State Route 138 at approximately 45-50 miles per hour.

For reasons still under investigation, Navarro allowed his vehicle to veer onto the westbound lane of SR-22 into Zaragoza’s path of travel, causing a head on collision.

The passenger of the Honda Civic, 18-year-old Eliza Santibanez of Highland was riding in the front seat of the vehicle without a seat belt. Santibanez was ejected from the vehicle onto the roadway. Despite efforts to revive Santibanez, she was pronounced deceased at the scene.

Mr. Navarro was arrested for suspicion of driving under the influence of alcohol causing bodily injury or death. The collision is still under investigation.