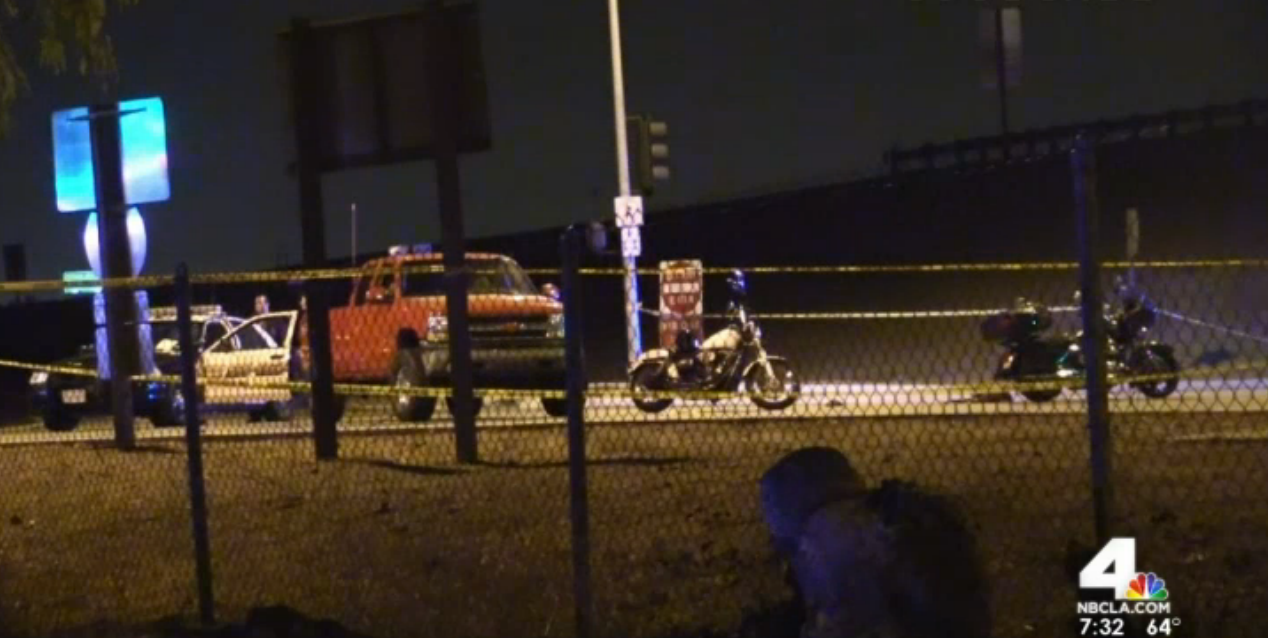 CORONA:(VVNG.com)- Many hours after the Saturday evening rival biker gang chase, fight, gun fight and crash the 15 freeway south was reopened Sunday morning just before 7:00 a.m. Closure of the El Cerrito on and off ramp remained, even after the freeway had reopened. Due to the amount of time the freeway closure remained many speculated that it was a death investigation.

The shooting, reported by several parties at approximately 6:33 p.m., sent deputies from the Jurupa Valley Sheriff’s station to respond to the 15 freeway near El Centro Road just south of the 91 freeway. The caused drivers to be diverted from Ontario Avenue.

Upon officers arrival, they found two males who had been shot during the altercation. Both shot were taken by ambulance to a nearby hospital, where soon after one was pronounced deceased. The second of those shot is according to the Riverside County Sheriffs Department still receiving treatment for his wounds. A third male victim was identified, treated and released for similar injuries.

This investigation is ongoing and anyone with information regarding this incident is encouraged to contact Investigator Dean of the Sheriff’s Central Homicide Unit at (951) 955-2777.