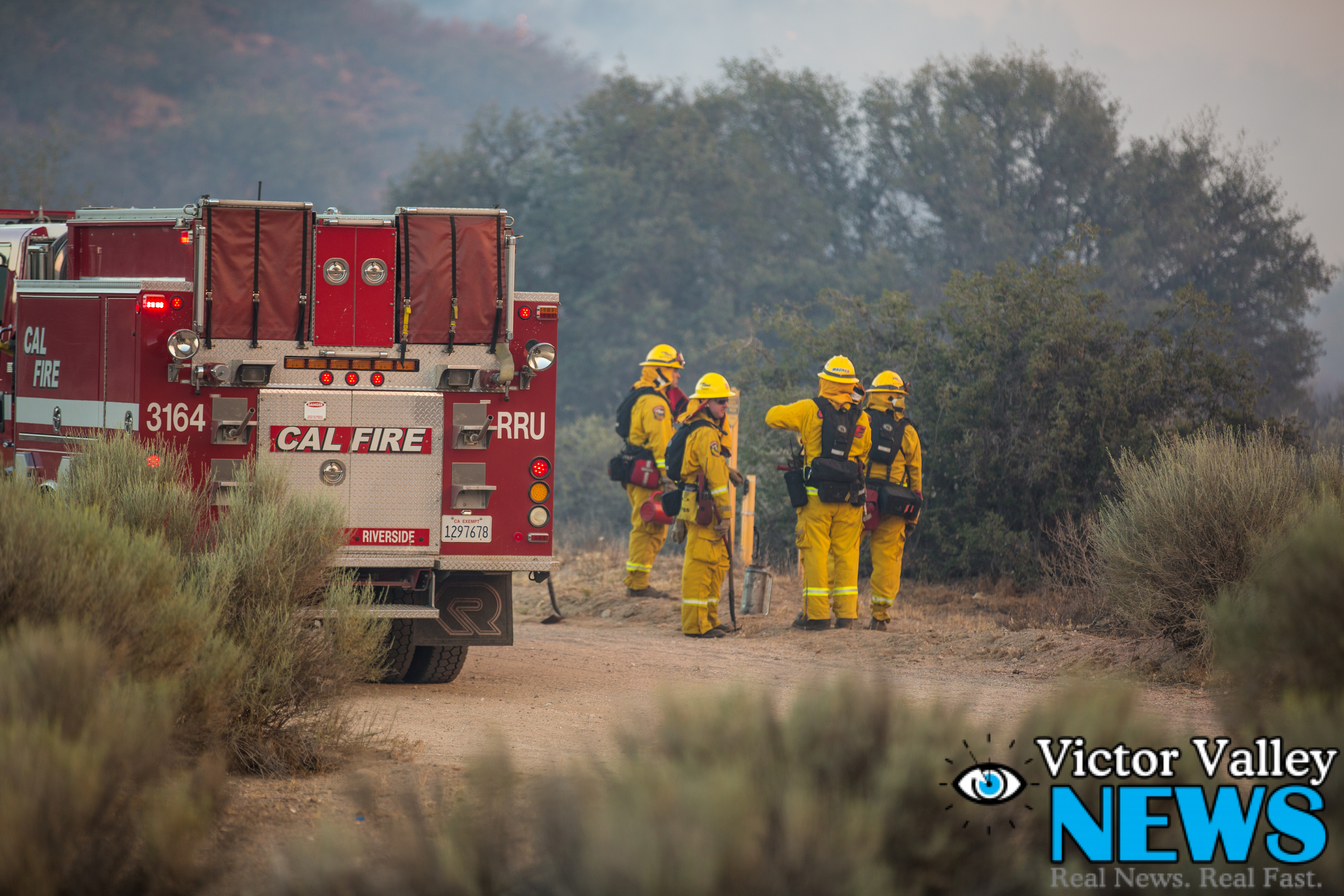 BALDY MESA-(VVNG.com): The fire that began as the unforgettable Cajon Pass fire, leaving many commuters leaving their vehicles and running to safety is now 60% contained. The fire began at about 2:30 p.m. on Friday, July 17th in the center divider of the freeway.

The fire destroyed 20 vehicles and damaged 10 others as it made it’s way toward homes in the Oak Hills and Baldy Mesa areas. Initial CHP reports indicated the fire was believed to have started from a discarded cigarette, but at this time the cause is still under investigation.

The devastation continued destroying a total of 7 homes, 16 outbuildings and 44 vehicles in the Baldy Mesa area.  One additional home was damaged, as well as four additional outbuildings.  The fire is now, thanks to the precise and heroic efforts of firefighters, 60% contained and still approximately 3500 acres in size. Baldy Mesa OHV, Baldy Mesa Road, Desert Front Road and Forest Road still all have closures in place at this time.

A total of 834 personnel are still on scene continuing to directly attack the fire using hose-lays and hand-line construction. They are working on establishing a containment line. The collaborative effort to fight the fire is being fought by Forest Service, Calfire, San Bernardino County Fire, And San Bernardino County Sheriff Managed By Southern California Team 3, Mike Wakoski.

Resources include, 835 personnel, 64 engines, 27 crews, 7 water tenders, 2 dozers and the ar resources have now been released, but are available if conditions change. There is still be only one injury at this time, which is believed to be the out-of-area fire captain who suffered severe 3rd to 4th degree burns from his hip to ankle area at about 4:45 p.m. on July 18th. The current condition of the injured firefighter at this time is unknown.