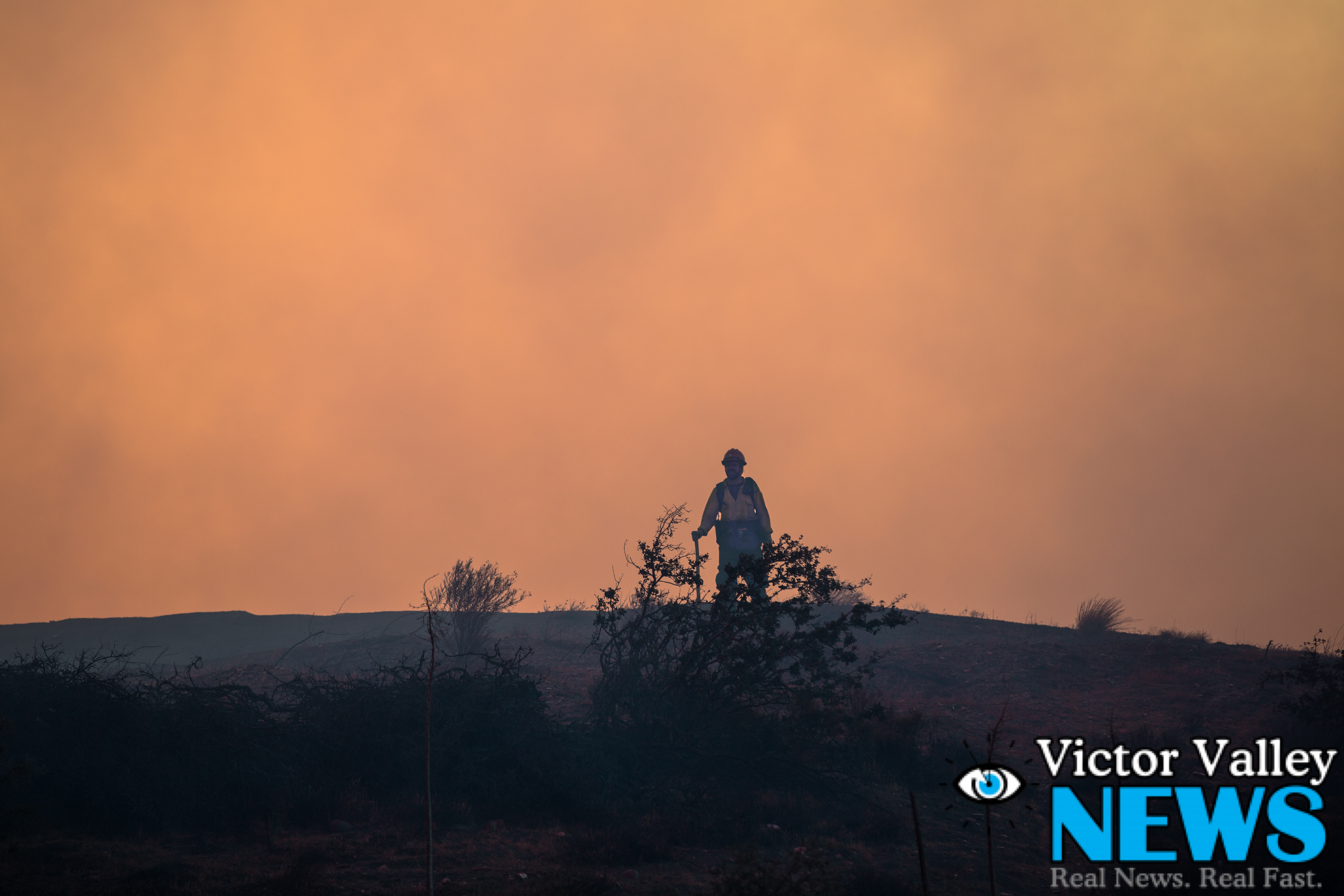 OAK HILLS-(VVNG.com): The fire on the Cajon Pass, which is dubbed the “North fire” was like the scene of a movie, and a worst nightmare for many.

Some sat in their car wondering the reason for the extended delay on the I-15 when suddenly a swarm of people came rushing toward their sitting vehicles. All types of people including those in wheelchairs, those limping with canes, elderly and small children all running away from their vehicles holding whatever they were able to carry in their hands.

The fire, that jumped the freeway completely destroyed 20 vehicle, which included two big rigs and damaged 10 others. The destruction did not end there, it continued on through to Oak Hills and Baldy Mesa areas causing a large amount of people and pets, including livestock to be evacuated. Many evacuations were mandatory, others were voluntary and on scanner traffic it was heard that some had no transportation to leave the area. Firefighters sent to evacuate the homes were asked to tie yellow caution tape to the door handles as occupants evacuated, many of them finding empty homes with one or more animals at the residence.

The urgency to rescue these pets was apparent in the voices of the firefighters who asked for advice as to what to do in that situation. At one point, they told the firefighter there was nothing they could do because there was only evacuation sites for large animals, soon after Victor Valley Fairgrounds shared that they were open to all animals.

At this time the 3500 acre fire is 45% contained, but still threatening over 700 structures in the Baldy Mesa area. The mandatory evacuations have been lifted with the entrance point being Baldy Mesa and Phelan Roads. As of 3:00 a.m. despite rumors of long-term closures, the freeway was open in both directions. The Baldy Mesa area had 3 homes, 8 outbuildings and 44 vehicles destroyed.

Evacuations have been lifted for residents only. Residents must bring proof of ID to checkpoint located at the intersection of Phelan and Baldy Mesa Roads.

The cause of the fire is still under investigation. The rain, although at this point has not encumbered firefighter efforts does have a potential to become a thunderstorm that can bring additional winds and/or lightning. Southerly winds may push the fire closure toward the threatened structures.

Per scanner traffic, on July 18th at about 4:45 p.m. there was one severe injury of an out-of-area Fire Captain. The injury consisted of 3rd to 4th degree burns from his ankle to hip area. He was transported to a trauma center for treatment of his injuries. At this time, his condition is unknown.