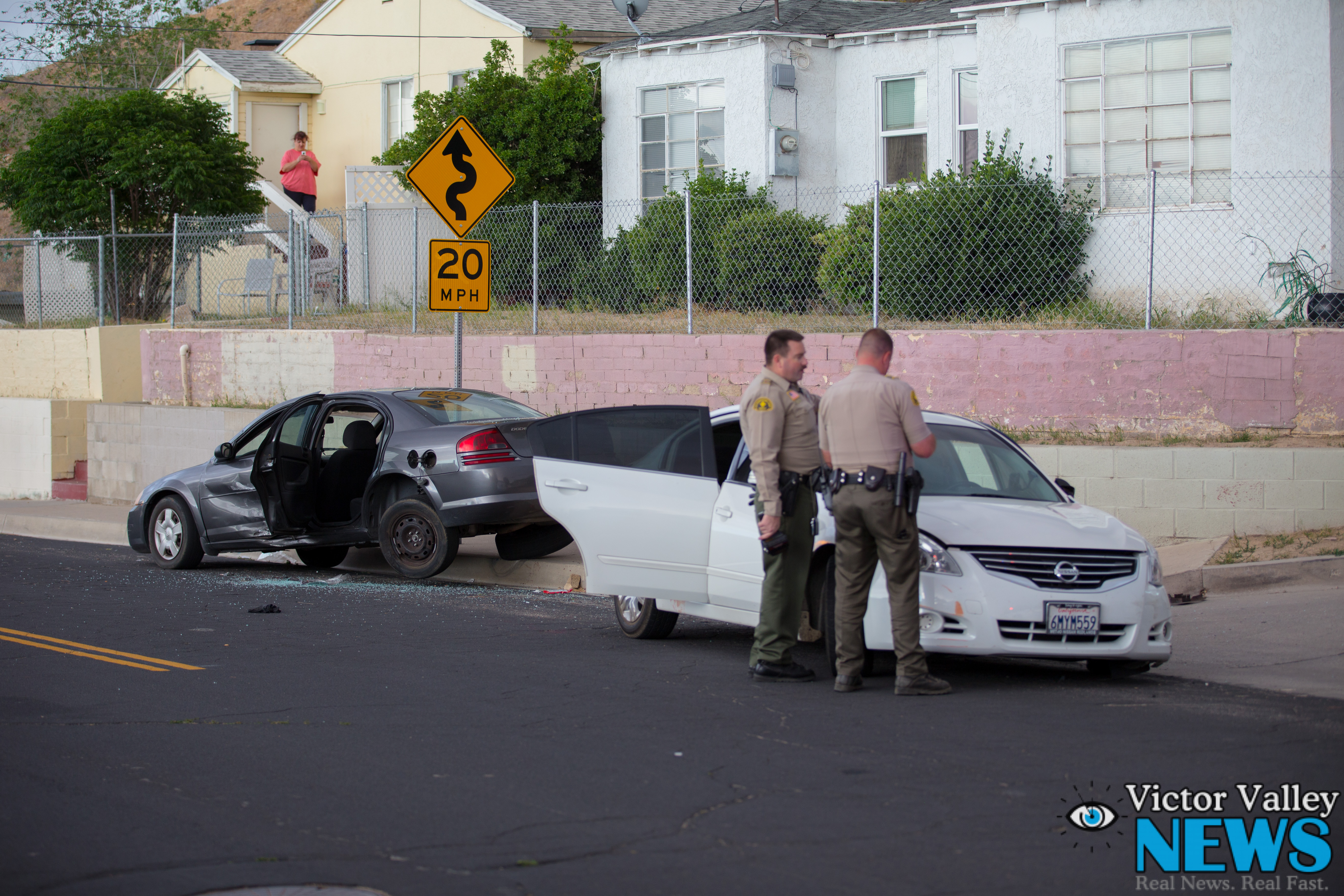 VICTORVILLE-(VVNG.com): A 22-year-old Victorville man was arrested Wednesday night as a result of an incident that left an 18-year-old victim’s foot severed. Deputies from the Victorville station responded to the 16000 block of Forrest Drive in response to a traffic collision between a 2010 Nissan Altima and a 2005 Dodge Stratus.

An intense investigation revealed that the victim was sitting in the parked vehicle, with one leg outside of the open door when the other vehicle ran into it severing his foot. Authorities believe that the collision was intentional and related to an on-going issue between the parties. Detectives determined that at least one of the involved parties had a firearm at the scene.

Mirian Parker was arrested and booked into the High Desert Detention Center as a result of a parole violation and weapons charges. This investigation is on-going and it is believed that there may be other suspect(s) outstanding.

Anyone with information about this investigation is asked to contact Detective Mike Mason at the Victorville Police Department at (760) 241-2911. Callers wishing to remain anonymous are urged to call the We-Tip Hotline at 1-800-78CRIME (27436) or you may leave information on the We-Tip website at www.wetip.com.