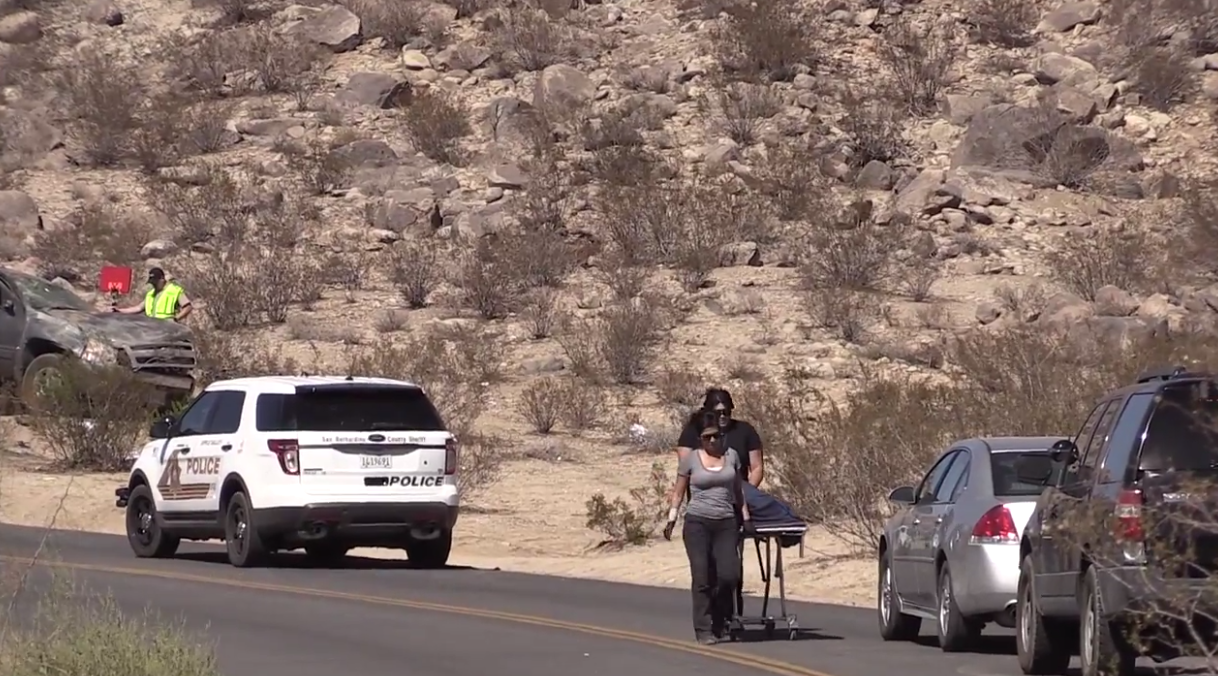 APPLE VALLEY: (VVNG.com)- At approximately 11:13 a.m. deputies from the Apple Valley Police Station were dispatched to an am/pm store on Rancherias Road and State Highway 18. The report stated that a male subject was waving a handgun outside of the store. Before the deputies arrived the suspect had left the store location.

Deputy Bechtol, the responding deputy saw a large plume of dirt near the area of Rimrock Road and State Highway 18. Upon arrival he discovered the single vehicle roll-over of the 2007 Chevy Silverado truck. The subject was later identified as 49-year-old, Bradley Michel. He was found thrown from the truck and pronounced dead at the scene from the injuries sustained as a result of the accident. Upon further investigation, it was determined that Michel was the person involved in the am/pm store that had been brandishing the hand gun.

Alcohol is suspected to be a contributing factor to the cause of the collision.

The collision is currently under investigation by the Major Accident Investigation Team (MAIT). Anyone with any information is asked to contact Deputy Jason Grantham at (760)240-7400.