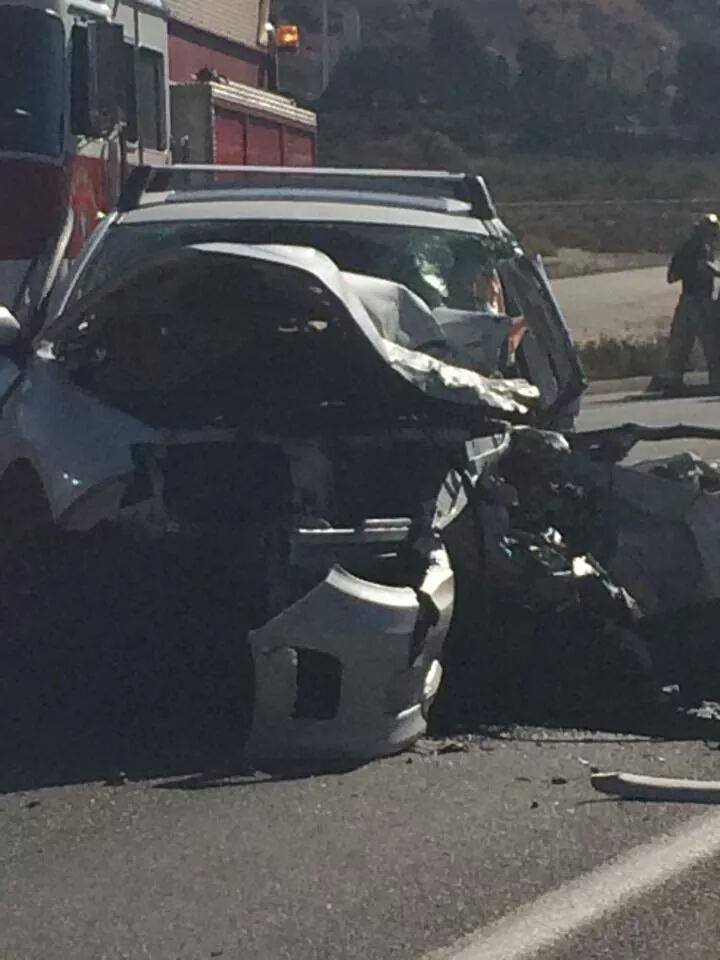 According to authorities, Mr. James Rouse Parsons a 22-year-old male from Banning was driving a 2011 Subaru Impreza eastbound on SR-138, just west of I-15, at approximately 65 mph. Ms. Jamie Marissa Madden a 33-year-old female from Rancho Cucamonga was driving a 2007 Mercedes-Benz and was traveling west on SR-138, west of I-15 at approximately 60 mph.

Mr. Rouse attempted to pass traffic ahead by crossing over the double yellow lines, which separate the eastbound and westbound lanes. This forced the driver of the Mercedes-Benz to swerve to the right in an attempt to avoid a collision. As the driver of the Mercedes turned, the left front end of both vehicles collided with one another causing catastrophic damage to both vehicles.

No other vehicles were involved in this collision. This collision is still under investigation.

The Heart Within the Hero, San Bernardino County First Responders