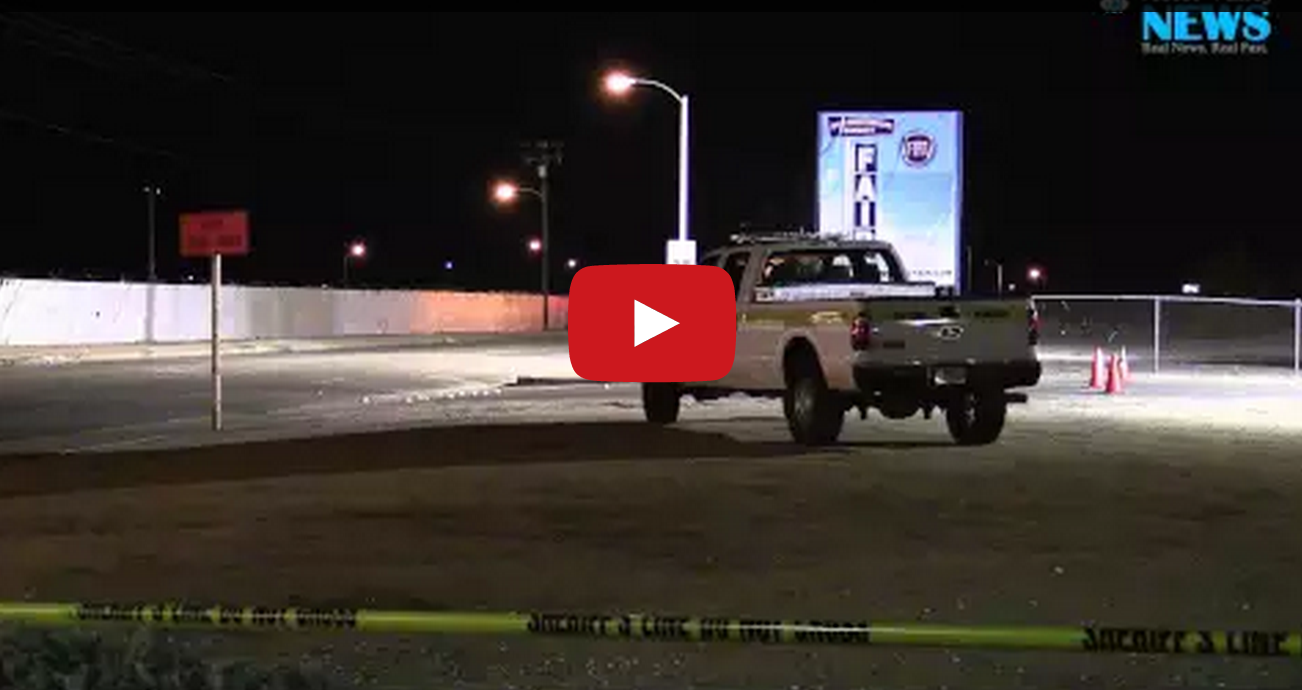 VICTORVILLE: (VVNG.com) Over 24 evidence markers were visible near the Victorville Fairgrounds entrance following a shooting on Monday night just after 8:00P.M.

The location of the incident is currently being used as the command post for the North Fire.

A Forest Service Law Enforcement Officer contacted a person who had been non-compliant with camp security personnel.

While contacting the driver, later identified as John Gocke, 60-year-old of Phelan and a Retired Sheriff’s Captain (retired in 2004), he attempted to flee and dragged the officer along with the fleeing vehicle according to the San Bernardino Co. Sheriff’s Department.

The Officer fired his weapon striking Gocke’s vehicle numerous times, shattering out a back window of the Subaru Outback and flattening a tire.

No injuries were sustained by either party. The incident is currently under investigation by the Sheriff’s Specialized Investigators. Further details may be provided as they become available.

According to booking logs no arrest had been made as of Tuesday afternoon.

Anyone with information regarding this investigation is urged to contact the Specialized Investigations Division, Sergeant John Gaffney or Detective Gary Hart at (909)387-3589.