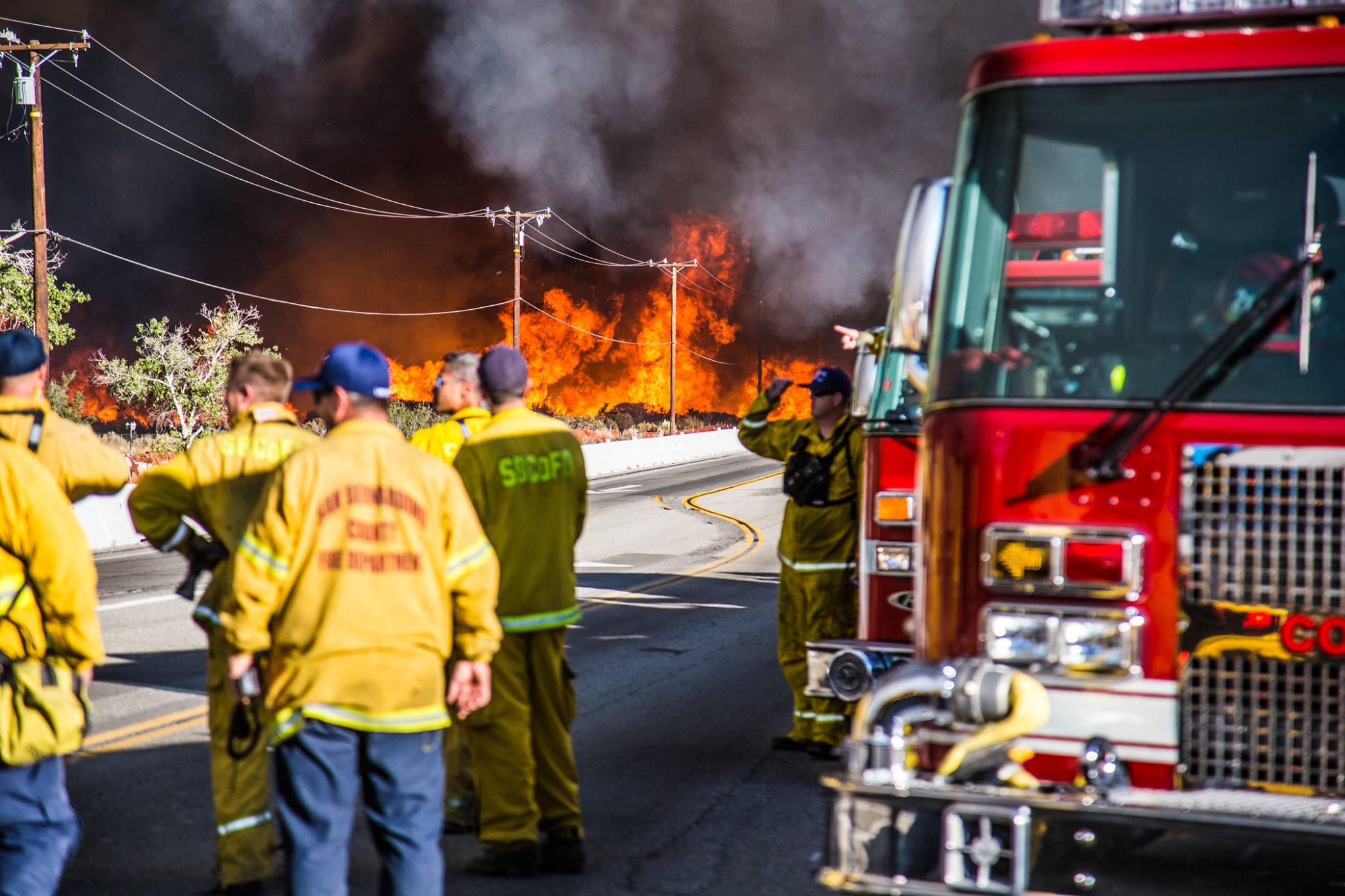 (VVNG.com)- Firefighters are continuing to make great progress as they battle the explosive Blue Cut Fire. On Wednesday, August 17th, at about 10:30 p.m. CHP officials announced the NB-I-15 Freeway had reopened. The southbound side of the freeway remains closed till further notice.

On Wednesday, August 17th, officials announced the fire had chewed through 30,000 acres. Due to more accurate mapping, the acreage was later changed to 25,626, according to the San Bernardino National Forrest.

The Blue Cut Fire is now at 4% containment with a total of 1,309 personnel battling the fire. A total of 34,506 structures remain threatened. Firefighters will continue to provide structure defense and establish containment lines as opportunities present themselves.

The rapid moving Blue Cut Fire pushed its way into the communities of Lytle Creek and Wrightwood prompting mandatory evacuations.

Red Flag conditions will remain in effect until 9:00 p.m. on Thursday. Ridge top winds 20 mph with gust to 30 mph. Conditions are expected to be hot, dry and breezy with very poor relative humidity.

School Districts in the Victor Valley have suspended classes for August 18th.

The cause of the fire is still under investigation.

For the latest news in real-time join our Facebook group with over 74,000 members: Victor Valley News