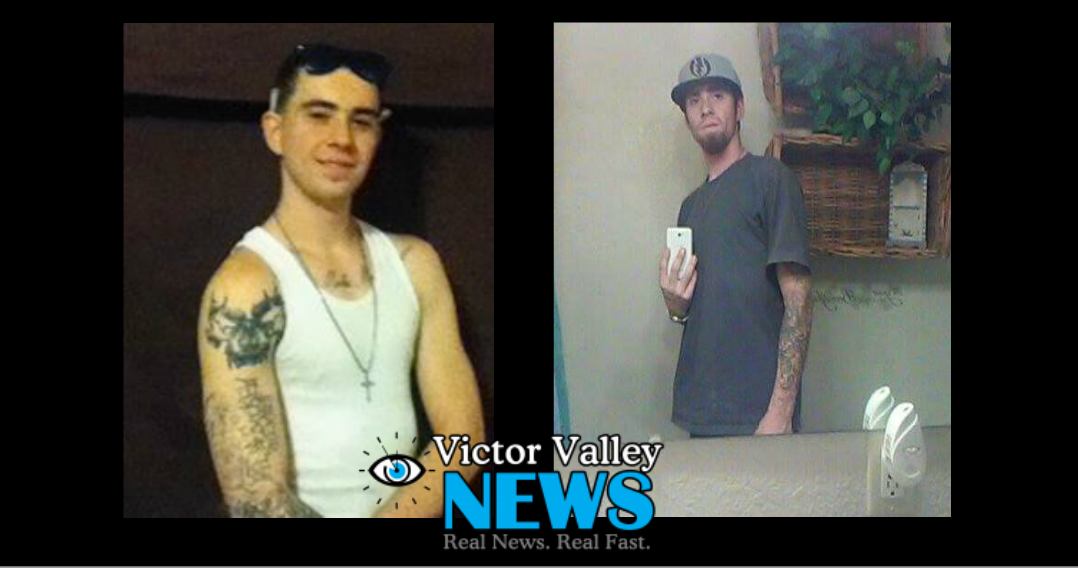 Steven Barnett, 24, was arrested in connection with a fatal hit-and-run traffic collision that claimed the life of Heather Hackett. (photo credit: facebook)

APPLE VALLEY-(VVNG.com): An Apple Valley woman lost her life after a 24-year-old Running Springs man hit her vehicle after allegedly running a red light then fleeing from the scene.

The suspect, now identified as Steven Wayne Barnett according to authorities was driving a stolen 2006 Subaru Outback station wagon eastbound on Bear Valley Road. He failed to stop at the intersection and crashed into the side of the 2001 Mitsubishi Mirage, that was traveling northbound on Central Road.

The force not only caused major damage to the Mitsubishi, forcing it into westbound lanes but took the life of 40-year-old, Heather Hackett. Barnett got out of the vehicle and fled the scene leaving the badly mangled vehicle with a woman inside. Witnesses attempted to render aid to Hackett to no avail. Hackett died at the scene and witnesses saw Barnett running into a nearby neighborhood.

Through investigation, Barnett was positively identified as the driver of the vehicle by mid-day Wednesday. An arrest warrant was issued and an extensive search began immediately after the collision lasting through the night. Despite the efforts of multiple Sheriff Department divisions along with allied agencies Barnett was able to avoid capture until around 11:00 a.m.

During the search, it was learned that Barnett was fully aware of what he did and was actively avoiding arrest. Barnett was located on February 18th on the 9200 block of Cerra Vista Street and was arrested without incident.

He was booked into the High Desert Detention Center for possession of a stolen vehicle, vehicle theft, and Hit-and-run causing death or injury. Bail is set at $200,000 and he is due to appear in court for an arraignment hearing on Monday, February 22nd.

The collision investigation is being conducted by the Sheriff’s Department – Major Accident Investigation Team. Anyone with information related to the collision is asked to call Deputy Bechtol at the Apple Valley Station (760)240-7400.