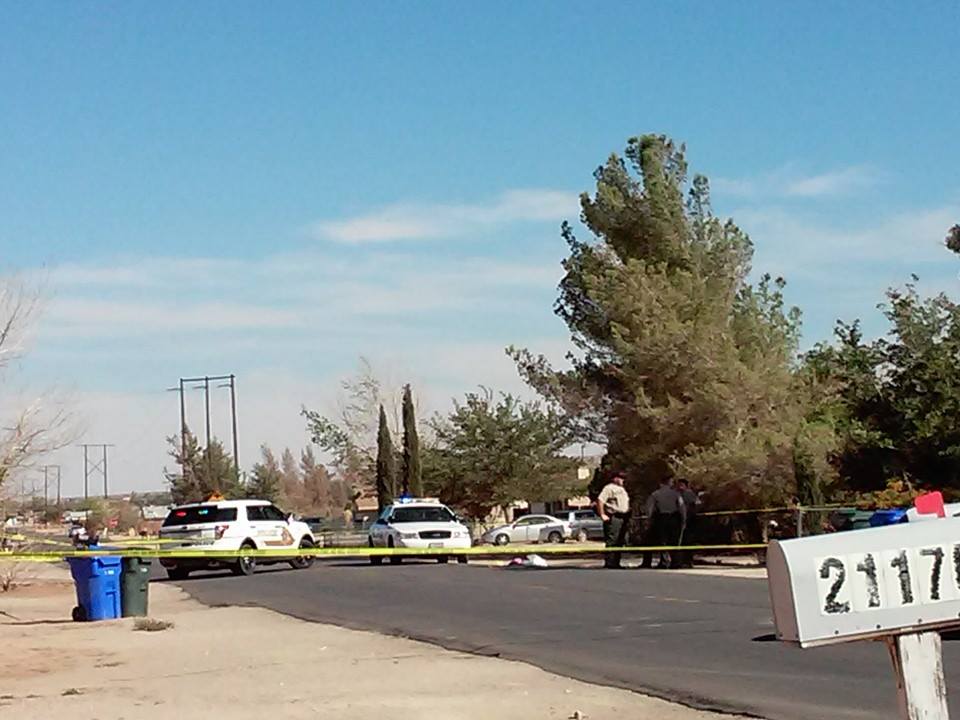 The incident occurred on Wednesday October 15th, 2014, at approximately 1:01 p.m., that’s when Deputies from the Apple Valley Police Station were dispatched to a report of an assault with a deadly weapon on the 21000 block on Wren Street in Apple Valley.

According to authorities, the victim identified as 44-year-old Robert Puls, from Apple Valley was stabbed in the neck by the suspect Ryan Angell and fled the scene in a grey Toyota prior to deputies arriving.

The victim was flown to Loma Linda University Medical Center and according to friends is listed as being in stable condition.

Deputies conducted an area search and spotted the suspect vehicle and detained the suspect. Deputies authored a search warrant for the vehicle and located a knife inside the vehicle with blood on it. The suspect was detained and transported to the Apple Valley Police Station for questioning. After further investigation the suspect Ryan Angell was booked into High Desert Detention Center for PC664/187Attempted Murder.

Anyone with information regarding this case is asked to contact Detective Alex Naoum at the Apple Valley Police Station (760) 240-7400 or anonymous tips can be made to WE TIP at 1800-78-CRIME.