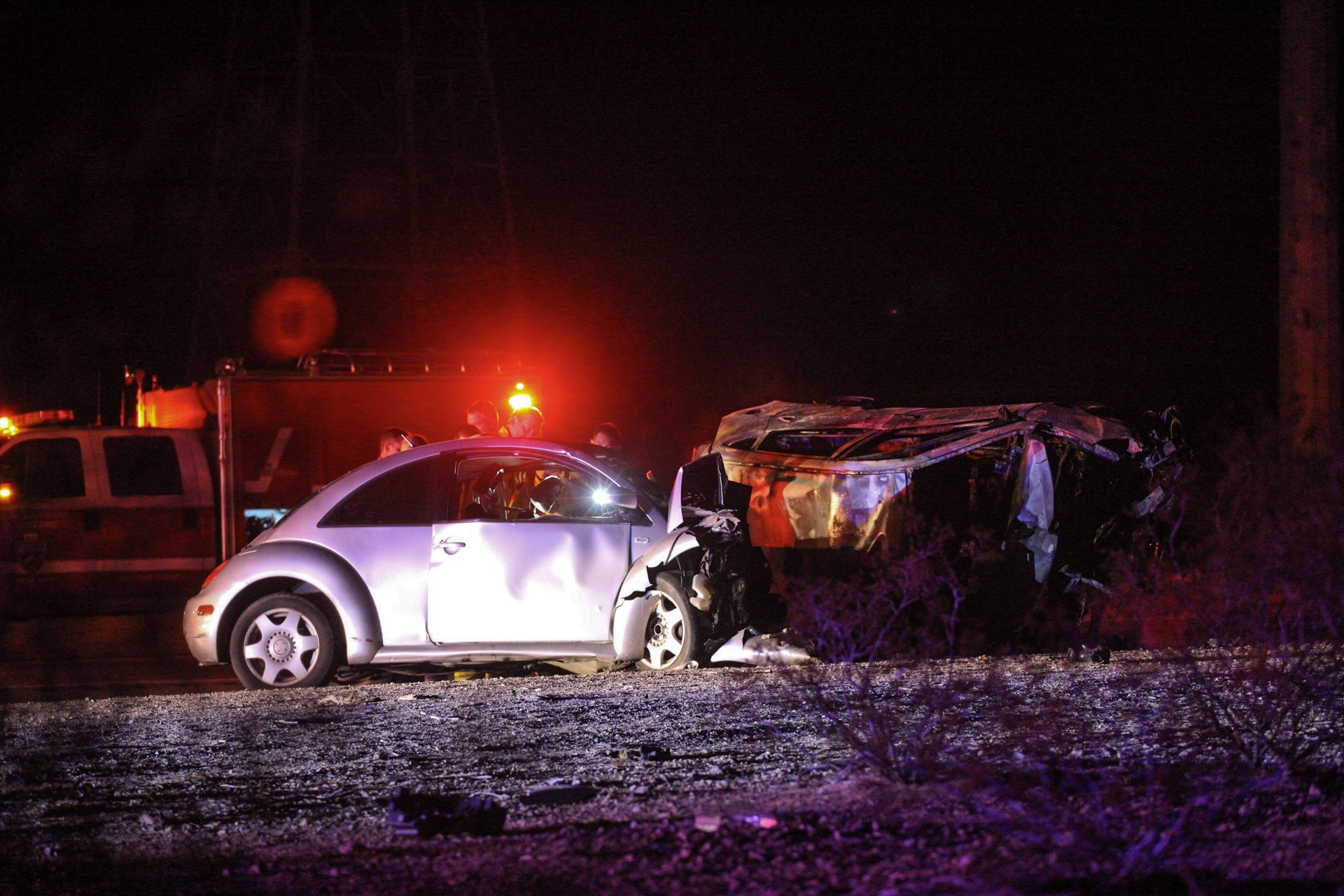 San Bernardino County Fire responded to the crash at 11:15 p.m. on Wednesday, November 2, 2016 on Highway 395 north of Shadow Mountain Road and south of Mulz Road.

Per scanner reports, the collision involving a 2016 Hyundai Tucson and a 2000 VW Beetle was reported as having parties trapped with the vehicles catching on fire.

The California Highway Patrol arrived on scene to discover two cars with major damage impaled on each other, one of which was on fire.

With fire threatening to ignite the second vehicle officers attempted to separate the two cars using their patrol units. When this proved unsuccessful, they grabbed their portable extinguishers and tried to hold the fire at bay, stated a San Bernardino County Fire press release.

Medic Engine and Medic Patrol 4 from County Fire’s Helendale station were the first fire units to arrive. The first vehicle was well involved with fire, and the second vehicle had an active fire in the engine compartment pushing toward the interior of the occupied car. Firefighters quickly pulled an attack line and began holding the fire at bay while additional fire personnel rapidly extracted the victim from the wreckage.

The rescued victim, an adult male, was treated for burns and traumatic injuries and flown to a local trauma center in serious condition. Two firefighters were transported to Arrowhead Regional Medical Center for evaluation of non-life threatening burns sustained during the rescue effort. They were treated and returned to duty early this morning.

Through investigation, authorities determined the driver of a 2016 Hyundai Tucson traveling southbound on U.S. 395 south of Mulz Road attempted to pass a slower moving vehicle by driving to the left of double-yellow lines. The Hyundai collided head-on with a 2000 VW Beetle, which had been traveling northbound.

Both occupants in the Hyundai were pronounced dead on scene by emergency personnel. The names will be released once identification and notifications are complete. 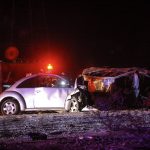 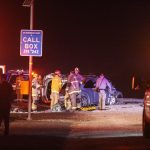 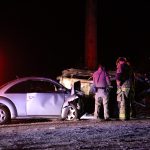