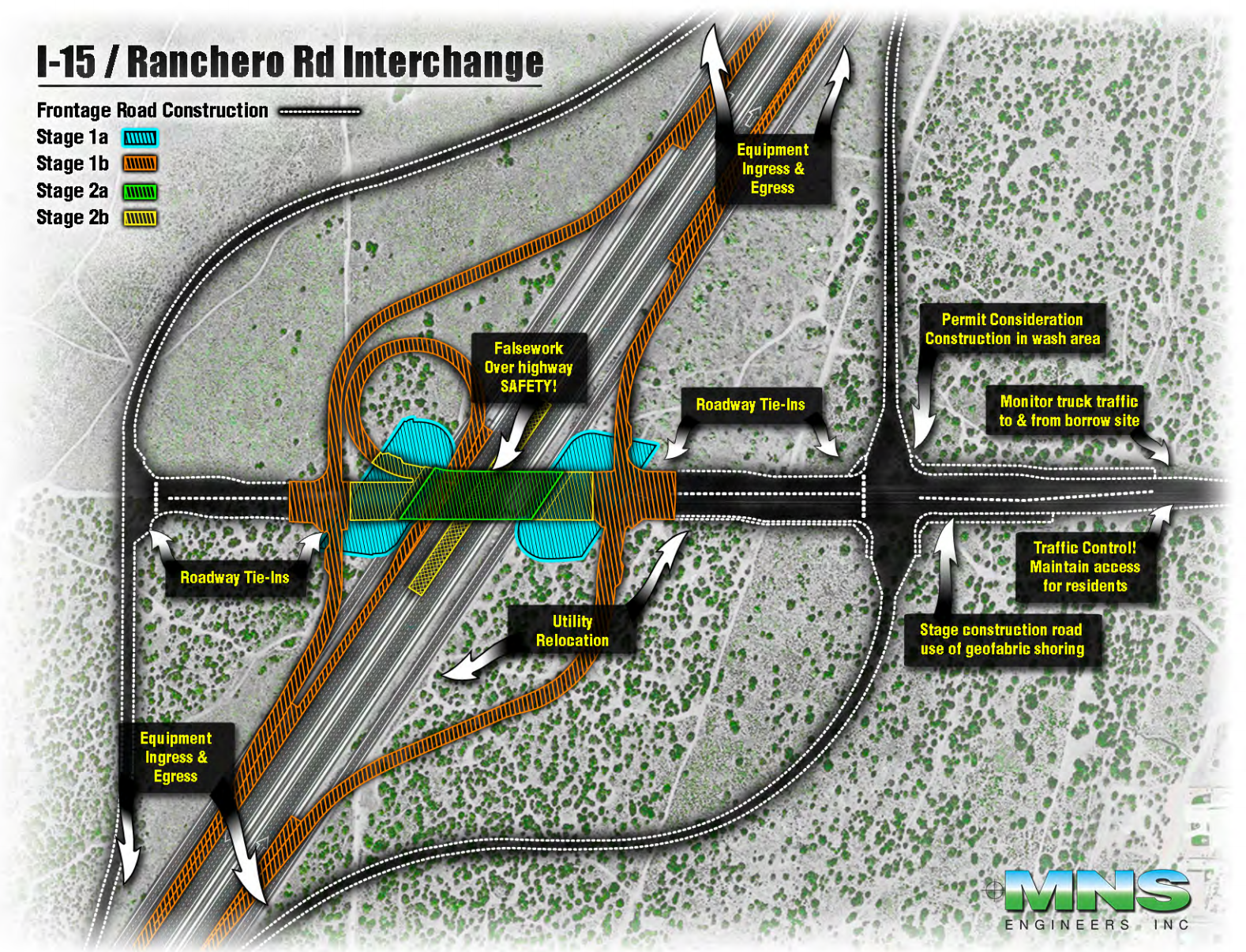 HESPERIA:(VVNG.com)- Crews will require nighttime closures Interstate 15 between Oak Hills Road and US 395 beginning Tuesday, July 1st and continuing through Thursday morning. Lane closures will begin at 9pm with full closures starting on the northbound side at midnight and the southbound direction at 11pm. Northbound closures will be lifted at 6am the following morning and southbound will be lifted at 5am to meet the demand of morning commute traffic. The newly constructed on and off ramps at Ranchero Road will be used as detours during the full directional closures. Motorists are encouraged to slow down when traveling through the construction area and be mindful of construction equipment and personnel.

The closures are necessary so crews can safely construct the support structure needed for constructing the new Ranchero Road bridge over Interstate 15. This activity marks a major milestone in the bridge construction effort following the May 5th fire that consumed much of the bridge falsework that had been previously erected.

Nighttime freeway closures are planned for Ranchero Interchange Bridge construction on I-15 between Oak Hills Road and US 395. From July 1st through the 3rd, two Northbound lanes will be closed from 9:00 a.m. to midnight, with a full Northbound closure from midnight to 6:00 a.m each night.

On July 2nd, two Southbound lanes will also be closed from 9:00 a.m. to 11:00 p.m., with a full Southbound closure from 11:00 p.m. to 5:00 a.m. The closures are necessary so crews can work safely to construct the support structure for the new Ranchero Interchange Bridge.

Albertsons to Pay $3.3 Million in Lawsuit