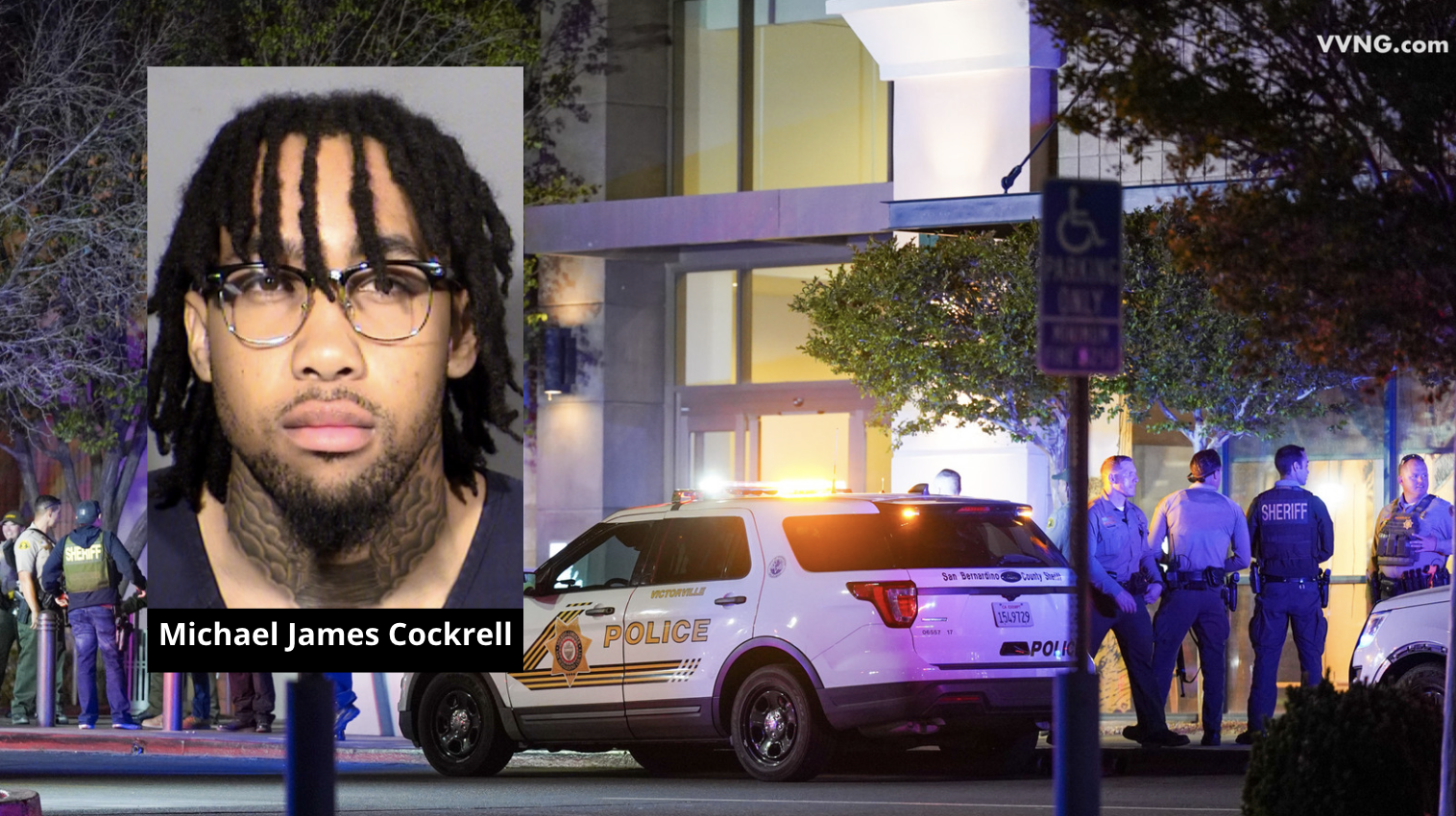 It happened on April 12th when 9-year-old Ava Chruniak, was waiting in line to have her picture taken with the Easter bunny inside the mall and she was struck by the gunfire.

According to police, at about 6:30 pm, Cockrell chased after two shoplifters and fired multiple shots that instead hit the young victim. Cockrell is co-owner of Sole Addicts, a shoe and apparel store located inside the mall.

Ava suffered three gunshot wounds, including two in her arm and was released from the hospital on Thursday.

After the shooting, Cockrell fled from the mall and into the parking lot where he go into his vehicle and drove northbound on the I-15 freeway before he was eventually located inside his car by the Nevada Highway Patrol in Primm Nevada.

He was booked at the Clark County Jail on an extreaditable warrant, for attempted murder, in the amount of $1,000,000. The DA’s office said Cockrell has been extradited back to California where he is currently in custody.

The following charges have been filed:

Since her release, Ava has been home resting and recovering as she waits for more surgeries on her arm due to nerve damage that needs to be repaired.

On April 15th Ava’s grandmother Robin-Moraga-Saldarelli shared an update along with a photo to the VVNG Facebook group and said the family is very grateful to this community for all their love, support, and prayers. Ava said the San Bernardino County Sheriff’s Department dropped by in the morning and brought Ava Easter goodies.

Over the weekend, Ava was finally able to take that picture with the Easter bunny after she received another special visit this time from A Super Hero and Friends.

A Gofundme to help with Ava’s long-term recovery expenses has been set up by her family.

Pursuant to Penal Code section 27510, a California licensed dealer is prohibited from selling, supplying, delivering, transferring or giving possession or control of any firearm to any person under the age of 21 years, except as specifically exempted. The exemptions apply to the sale, supplying, delivery, transfer, or giving possession or control of a firearm that is not a handgun to a person 18 years of age or older.