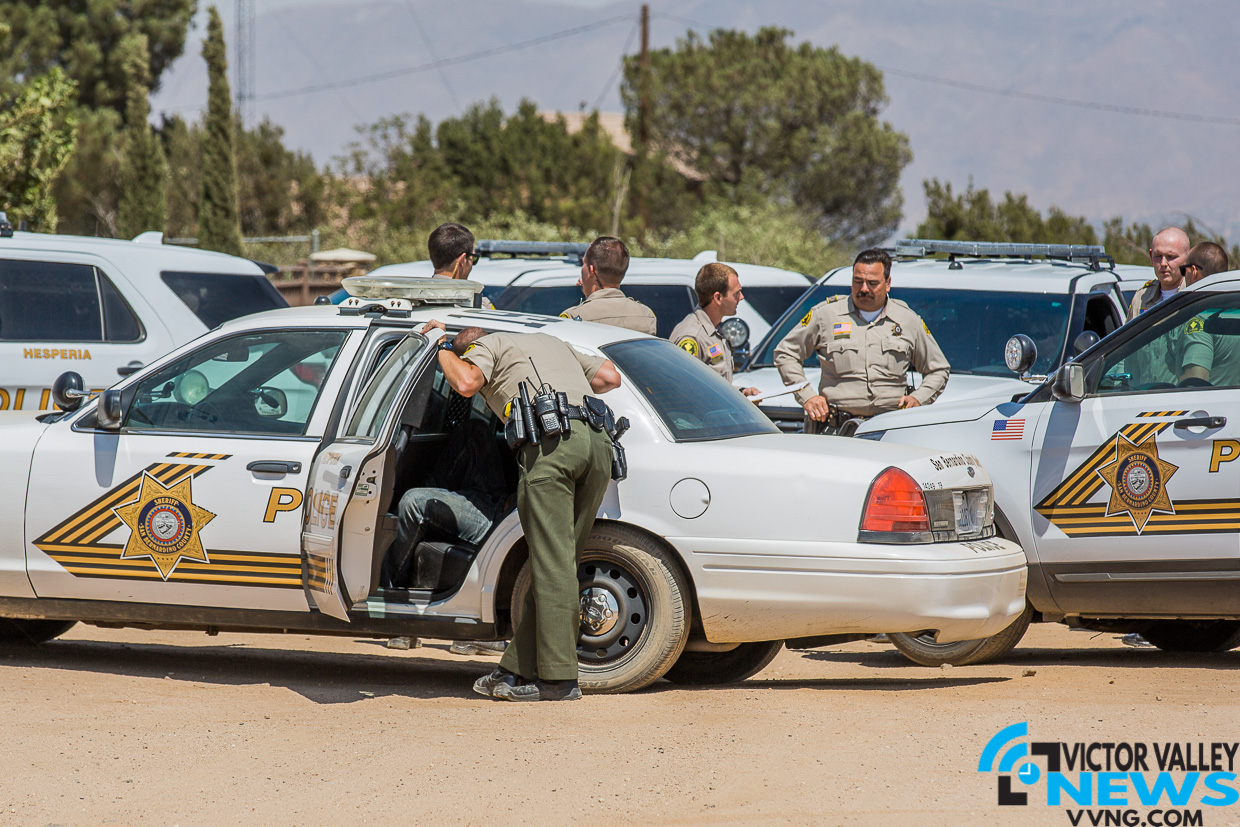 HESPERIA, Calif. (VVNG.com) Kevin Michael Kealoha, a 34-year-old felon who was nabbed for a carjacking in Hesperia, is believed to be connected with a campus shooting at the University of Nevada in Las Vegas.

At 1:51 pm, Hesperia deputies responded to an armed carjacking at a Chevron on the corner of Main Street and 7th Avenue.

Authorities said Kealoha was involved in a minor traffic accident in the Chevron parking lot, exited his vehicle and then carjacked a victim at gunpoint.

When responding deputies spotted the stolen 2003 Honda Civic they initiated a pursuit that terminated nearly 15 minutes later after the suspect crashed into a fence in the 12700 block of Farmington Street.

“Following the collision, the suspect drove toward a marked patrol car and intentionally rammed the vehicle,” said a sheriff’s news release.

It was later determined the vehicle Kealoha ditched at the gas station was also stolen during an armed carjacking in Nevada.

The UNLV campus was placed on a lockdown early Thursday after a Hispanic male allegedly fired 7-9 rounds at a woman and her 11-year-old daughter and then fled.

Kealoha was wanted for numerous crimes, including a string of violent carjackings in Nevada over the past three days. Deputies also discovered Kealoha has active arrest warrants in Hawaii.

Kealoha was taken into custody without incident and deputies will run the serial number on the recovered a handgun to determine if it’s connected to any other crimes.

Kealoha will be booked at High Desert Detention Center for Attempt Kidnapping, Carjacking, Assault with a Deadly Weapon, Felony Evading, and the out-of-state warrants.

No injuries were reported at the UNLV campus shooting or in the Hesperia carjacking incident.

Anyone with information is urged to contact Hesperia Police, Sergeant Doug Hubbard at (760)947-1500. Callers wishing to remain anonymous are urged to call the We-tip Hotline at 1-800-78-CRIME (27463) or you may leave information on the We-Tip Hotline at www.wetip.com.