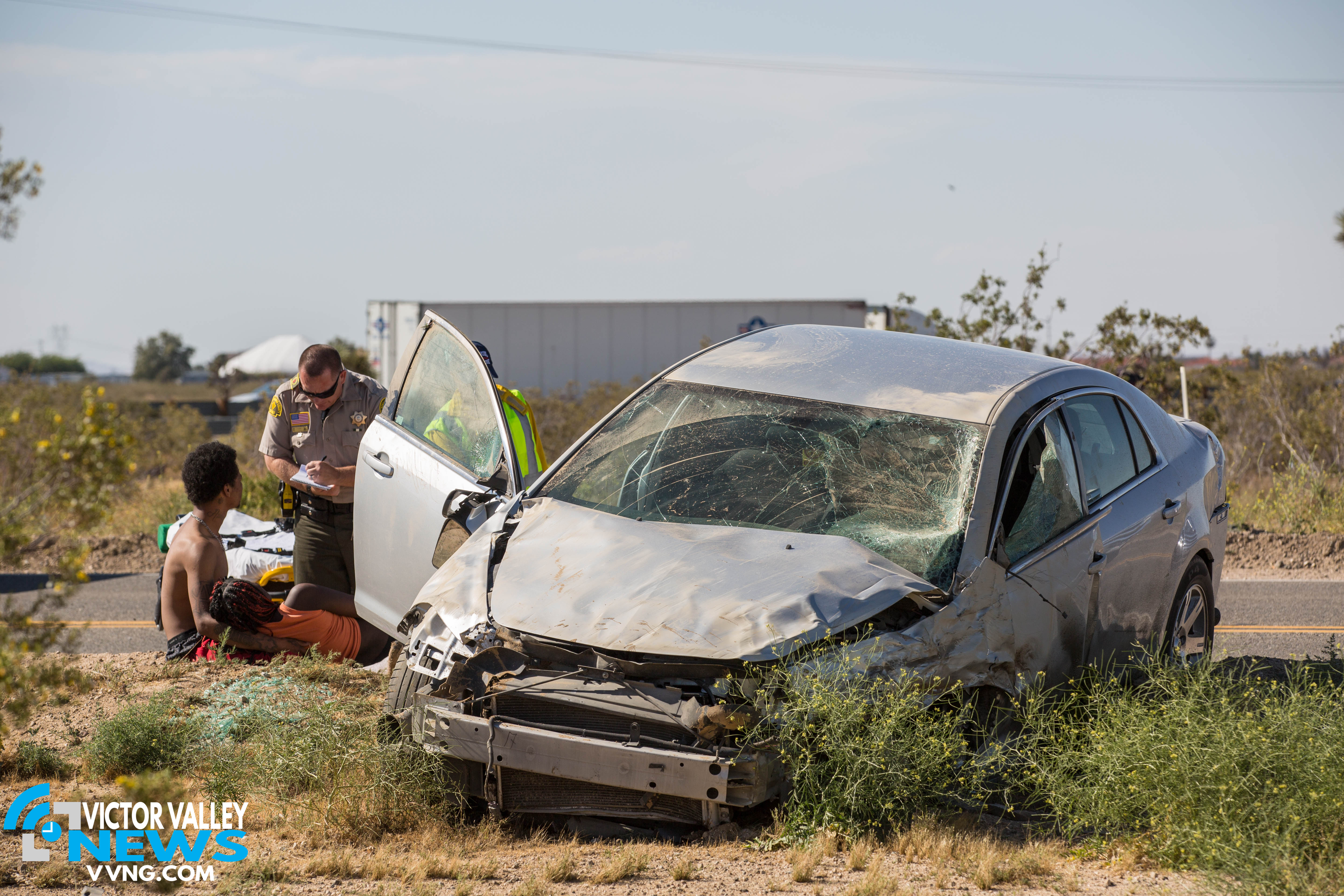 HESPERIA, Calif. (VVNG.com) A man was cited for driving without a license after crashing into an SUV at a high rate of speed, authorities said.

At approximately 4:09 p.m. Sheriff’s Deputies from the Hesperia Station responded to Mariposa Road near Eucalyptus Street reference a two-vehicle collision.

Upon arrival deputies located a white 2017 GMC Terrain with heavy damage to the front driver side of the SUV, and a silver 2010 Chevy Malibu that had reportedly rolled at least once.

“I was driving northbound on Mariposa Road going the speed limit when the (Malibu) went around me at a high rate of speed. Then as I turned the curve I saw the two crashed cars.” stated Liz Cutillo.

Cutillo helped the female driver get the two boys out of the SUV. “Their grandmother was shaky,” Cutillo said.

According to officials the GMC was traveling southbound on Mariposa Road when the Malibu crossed over into oncoming traffic and struck the SUV.

All three occupants of the SUV were transported with minor injuries as a precaution to Desert Valley Hospital. The female passenger of the Malibu was also transported.

Deputy LaFond of the Hesperia Station said the male driver of the Malibu will be cited for driving without a license.

“I have lived on this “s” curve for eight years now; and there is accidents at least once a week, and I can’t tell you how many fatalities (have occurred.) Please people slow down!” wrote Tamara Shafer.

The Hesperia Police Station is handling the investigation. 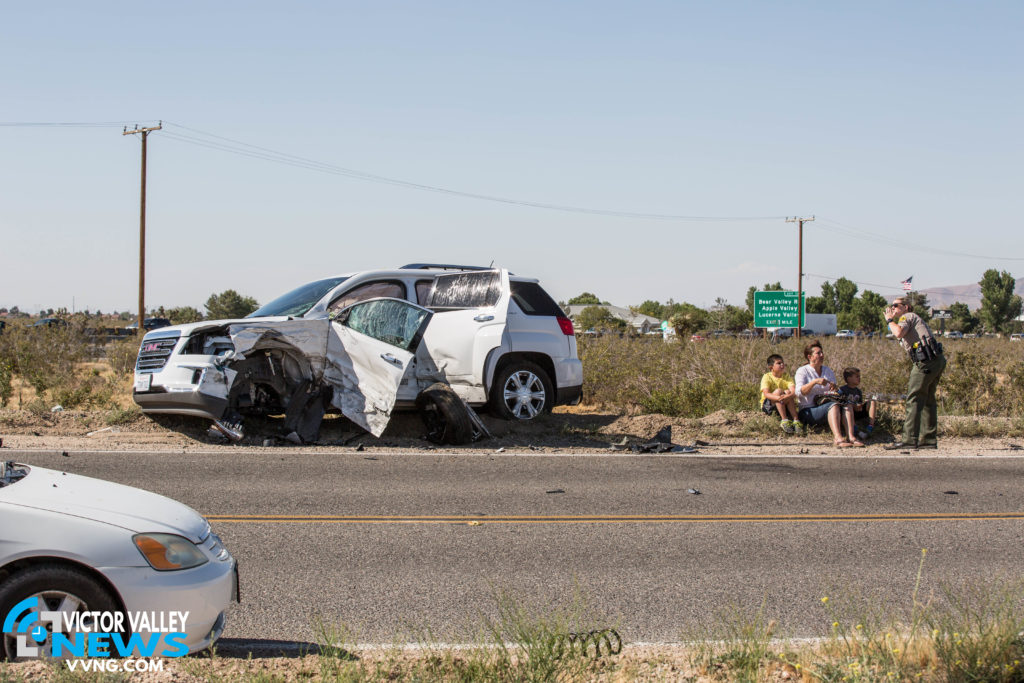