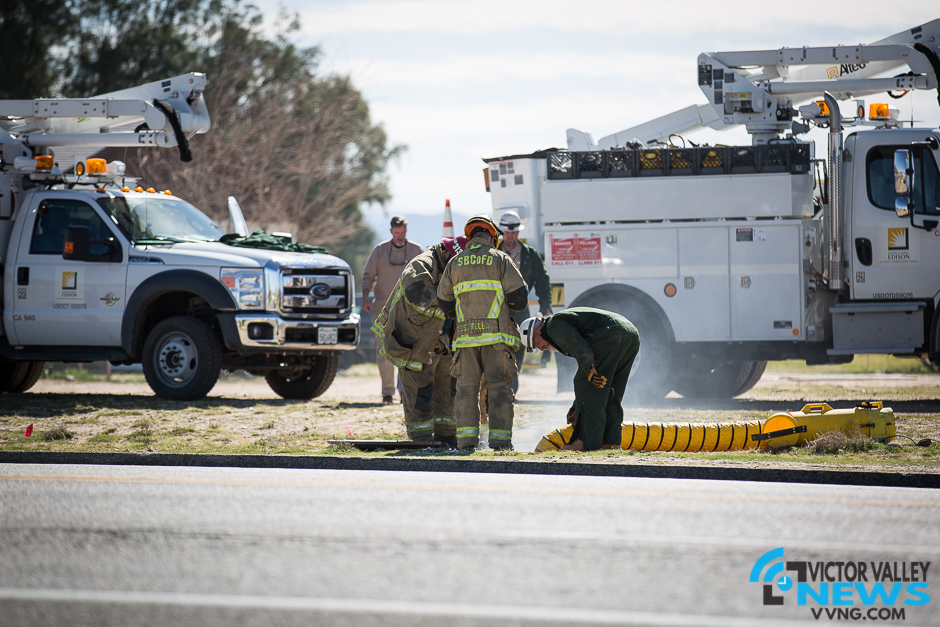 VICTORVILLE, Calif. (VVNG.com)- A fire in an underground vault caused a power outage Tuesday morning in Victorville, leaving thousands of residents without electricity.

The fire was reported about 10:25 a.m. in the 13500 block of Palmdale Road, in a vault that houses equipment for Southern California Edison.

San Bernardino County Fire responded to assist Edison crews with any potential fire. An Edison employee removed the cover from the underground vault and white smoke billowed out.

According to SCE spokesman Paul Netter, the outage was caused by underground equipment failure in the area of Palmdale Road and San Martin.

A total of 1,778 customers were impacted by the outage and as of 12:40 p.m., power has been restored to all but three customers, Netter said. “We don’t have an estimate time yet, we hope to have them up by this afternoon.”

Victorville Man “Unresponsive” After He Was Pulled From Aqueduct (VIDEO)