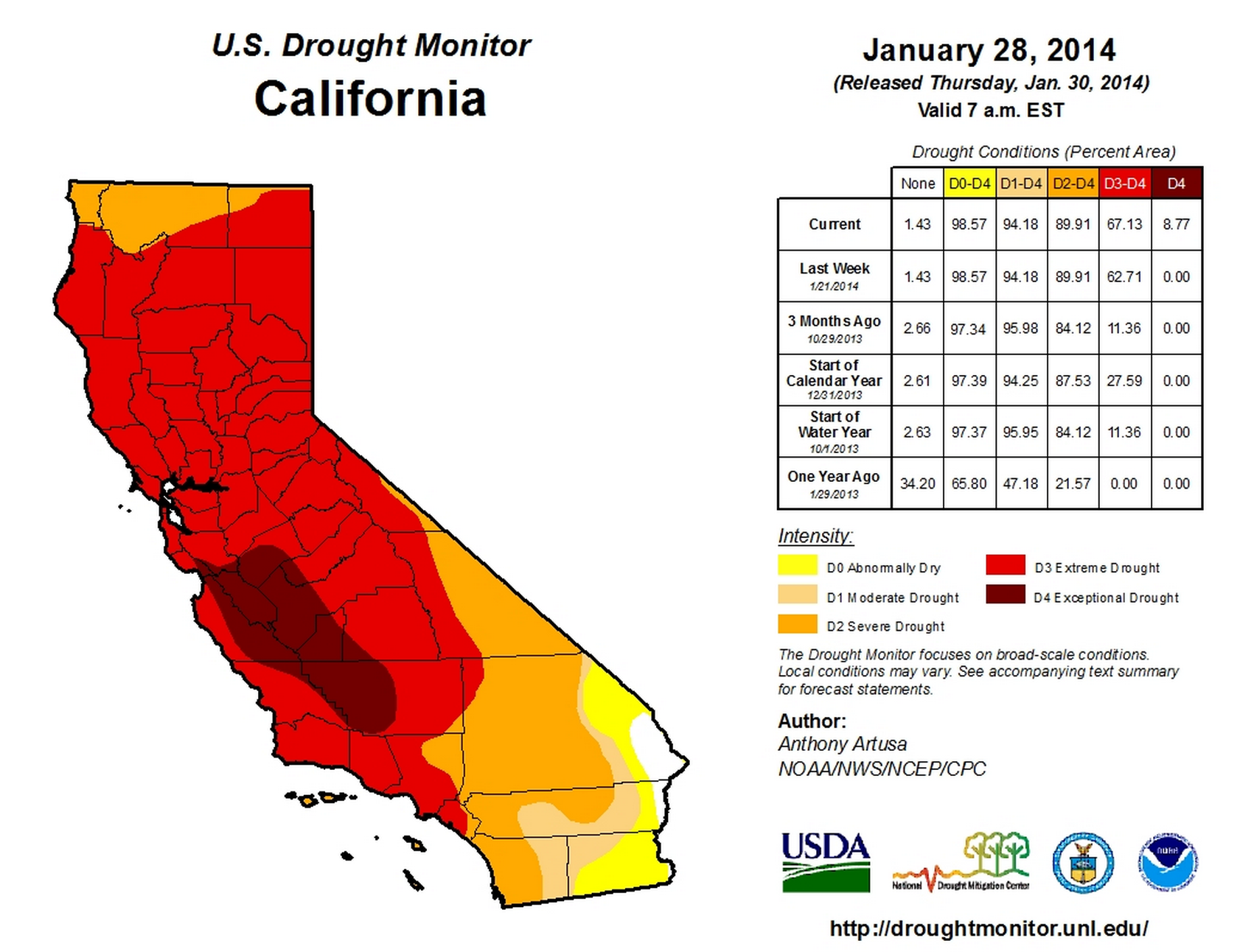 Drought and relatively mild temperatures continue to prevail across the state. In the northwestern part of California, a 1-category degradation from severe to extreme drought (D2 to D3) was made across Humboldt and Trinity Counties.

The Central Sierra Snow Lab near the Donner Summit reports 8 inches of snow on the ground, the lowest for this time in January since at least 1946.

In the general vicinity of Monterey to Bakersfield, conditions warranted a 1-category downgrade, from extreme to exceptional drought (D3 to D4).

A few of the impacts within the D4 area include fallowing of land, wells running dry, municipalities considering drilling deeper wells, and little to no rangeland grasses for cattle to graze on, prompting significant livestock sell off.