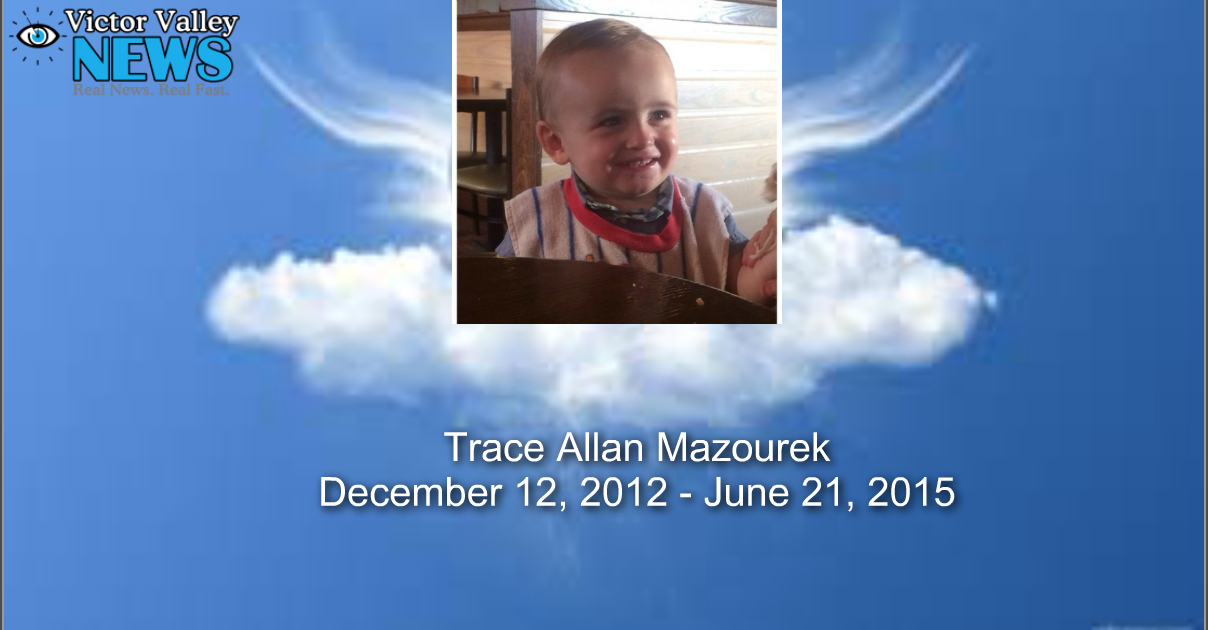 HESPERIA-(VVNG.com): After valiantly fighting for his life for over 5 days, 2-year-old Hesperia drowning victim, Trace Allan Mazourek sadly lost his battle with what many call a “silent killer”: drowning.

On Monday, June 15, 2015 County Fire Paramedics and other first responders rushed over to the aid of a 2-year-old boy who was located in the family pool on Arroya Drive just after 5:00 p.m.

just playing minutes before they lost sight of him. The moment they noticed he was no longer playing his mother, to her dismay, located him shortly after floating face up in the water.

Trace was rushed over to Desert Valley Hospital, where he was airlifted to Loma Linda Children’s Hospital. His condition failed to improve during his stay and after numerous tests seeking brain activity, they found none and pronounced him dead at 10:24 a.m. on Sunday, June 21, 2015.

Trace Allan Mazourek was born on December 12, 2012 to Danielle Castro and Taylor Mazourek. He was a well-love little boy, adored by his large close-knit family.  He leaves behind his loving parents, a 4-year-old brother, a 9-year-old sister, many cousins, aunts, uncles and grandparents who loved Trace very much.

Trace loved Mickey Mouse and like most boys his age, he enjoyed playing in the dirt and riding his Strider. Family describes him as always happy and say he was best friends with his 4-year-old brother.

His family set up a gofundme account for medical expenses, but unfortunately those funds will now be used to give Trace the memorial and burial a precious child like him deserves. If anyone would like to donate to help with the funeral for Trace please donate to the family approved gofundme account.