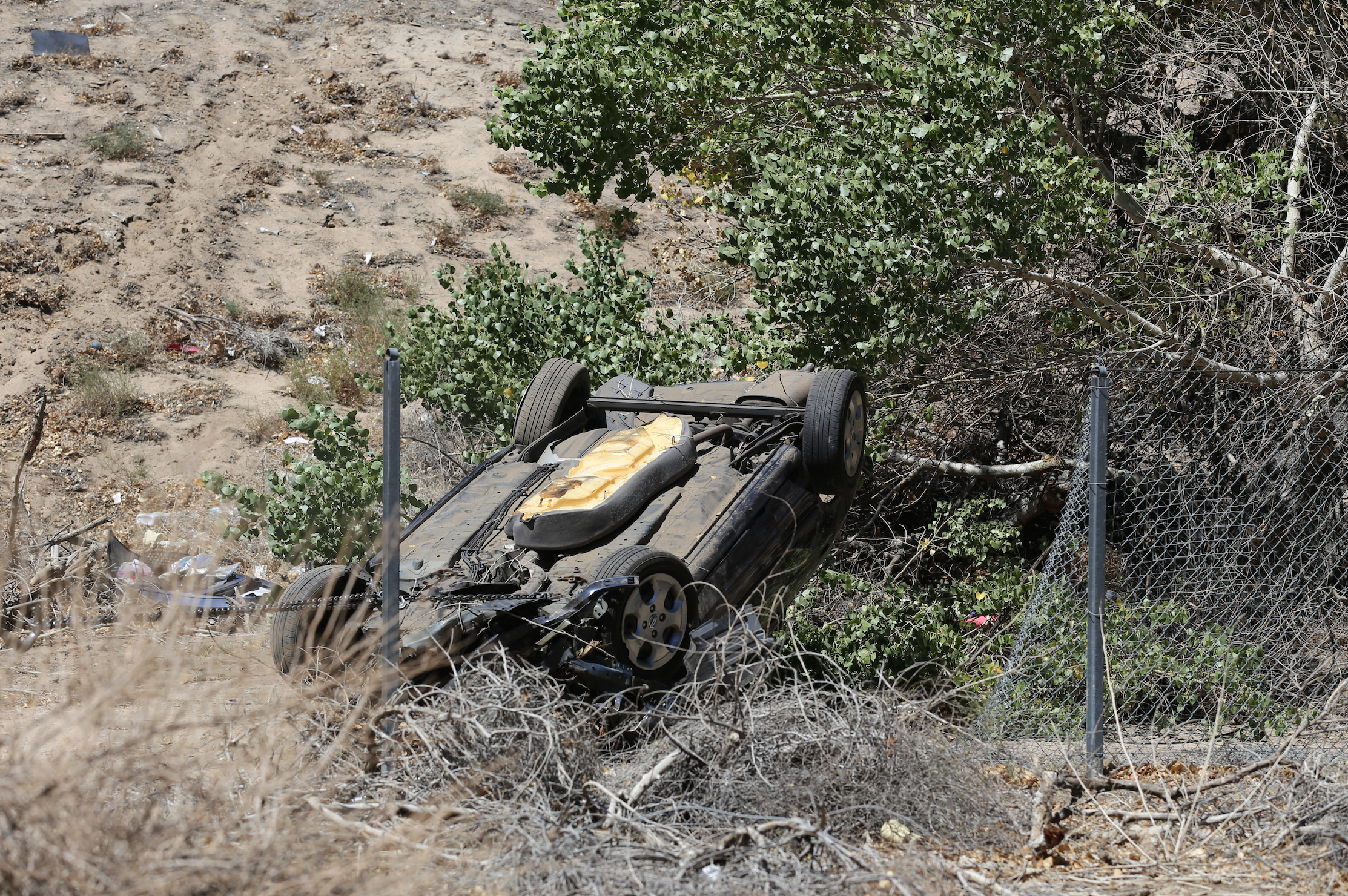 VICTORVILLE:(VVNG.com)- At approximately 12:00 p.m., on Wednesday, September 10, 2014 a bystander waved down a passing San Bernardino County Sheriff’s deputy on his motorcycle alerting him to a vehicle that had rolled off the freeway and down an embankment.

“Even when the truck company got on scene we couldn’t see the vehicle until we took a different angle of looking. The vehicle was on its roof, upside down hidden in the tree in the brush,” stated Hausman.

Once firefighters made their way down the embankment to the vehicle they found two victims a mother and daughter trapped inside. The vehicle appeared to have left the freeway and went over the side about 50 feet, stopping at a large tree.

Firefighters were able to make access to the victims and determined that one had critical injuries and required an air ambulance. Due to the damage of the vehicle the victims required extrication using the jaws of life. Additional resources were requested to assist with the extrication as well as getting the victims back up to the freeway.

According to CHP officials, a 42-year-old woman from Fallbrook was driving a 2006 Nissan Sentra in the Number 1 lane on the northbound 15 freeway. The woman reportedly saw a coyote in her lane and she swerved her vehicle in order to avoid striking the animal. The over correction caused her to lose control of the vehicle. Eventually crossing all lanes of the busy freeway and sending the vehicle airborne down into an embankment.

“It worked out well that the CHP helicopter was able to land just south of the incident. Which allowed us to transition the victim out of the vehicle onto a backboard. We hand carried the victim up the embankment and went directly to the helicopter with the victim. As they were on scene and ready to accept the patient,” described Hausman.

One of the women was transported via airship to a trauma center down the hill. The other woman was taken by ground ambulance to Victor Valley Global Medical Center in Victorville. The north bound E street on ramp was temporarily shut down due to the fact the helicopter landed on the on-ramp.