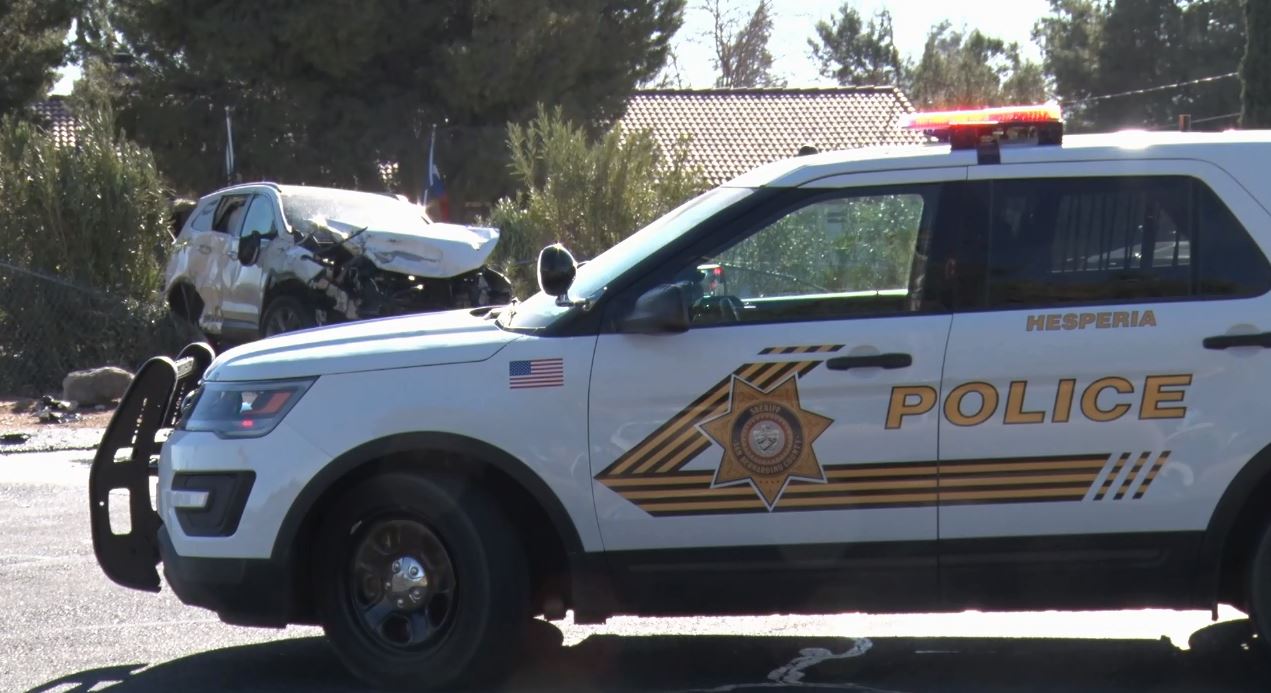 HESPERIA (VVNG.com)  — One person was transported by ambulance to a local hospital after suffering minor injuries following a two vehicle traffic collision on Friday, December, 18th, 2015.

Two elderly women were reported to be trapped inside a Lincoln SUV at around 10:20 p.m and required extrication.

Both vehicles sustained moderate damage. The male driver in the second vehicle, a Jeep Grand Cherokee was treated for a possible broken nose. Injuries for all involved did not appear to be life threatening.

“The Lincoln looked mangled with the elderly women in it. I spoke to the niece, (the occupants of the Lincoln) just left her house after bible studies,” stated Nancie Marie.

The surrounding streets near Main Street and Sultana were closed for a short time while medical personal were on scene.

Several locals who reside in the immediate area have shown concern regarding the rise of incidents that have occurred in the same area, claiming excessive speed as a factor.

No further details pertaining to the cause of the accident were available as of Friday night.