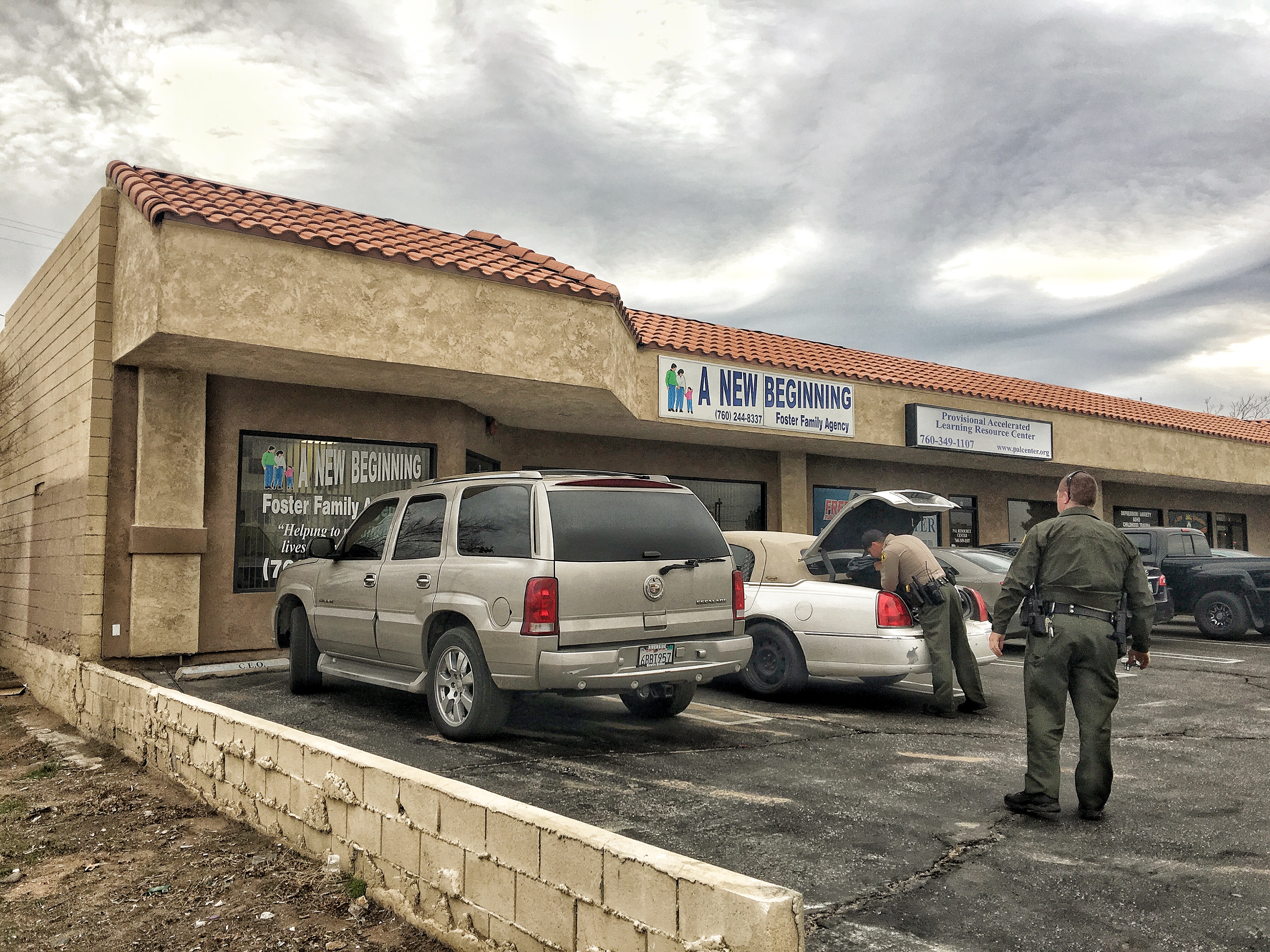 HESPERIA, Calif. (VVNG.com)- Two women have been arrested for kidnapping after yesterday’s incident where a mother allegedly slammed her baby against a window.

On Wednesday, January 18, 2017, at approximately 3:42 P.M. deputies from the Hesperia Sheriff’s Station were dispatched to the 16300 block of Main Street in regards to a female, Karena Jackson-Brown, 28, of San Bernardino attempting to take her biological 3-month-old infant from foster care.

“Through investigation, it was learned that Jackson-Brown was at New Beginning doing a routine supervised visit. Jackson-Brown decided she wanted to take her child and fled toward the door. With the aid of her mother, Mariah Jackson, Jackson-Brown was able to exit the facility,” authorities said.

“Jackson-Brown with the infant got into the passenger’s side of their vehicle, while Mariah Jackson got into the driver’s seat and attempted to leave,” authorities said in a Thursday press release.

With the aid of the staff members, the fleeing party was stopped, however, Jackson-Brown exited the vehicle and began running on foot with the baby.

The mother was not able to successfully cross the roadway and was forced to go back into the facility, that’s when Jackson-Brown started swinging her body back and forth, presumably with the baby in hand.

The infant was transported by ambulance to a local hospital as a precaution, although there were no visible signs of injury.

Both Karena Jackson-Brown and her mother, Mariah Jackson, are being charged with P.C 207(a), Kidnapping and P.C. 273A(a), Cruelty to a child.

Over 100lbs of Marijuana, 4lbs of wax, and Over 190 Marijuana Plants Discovered