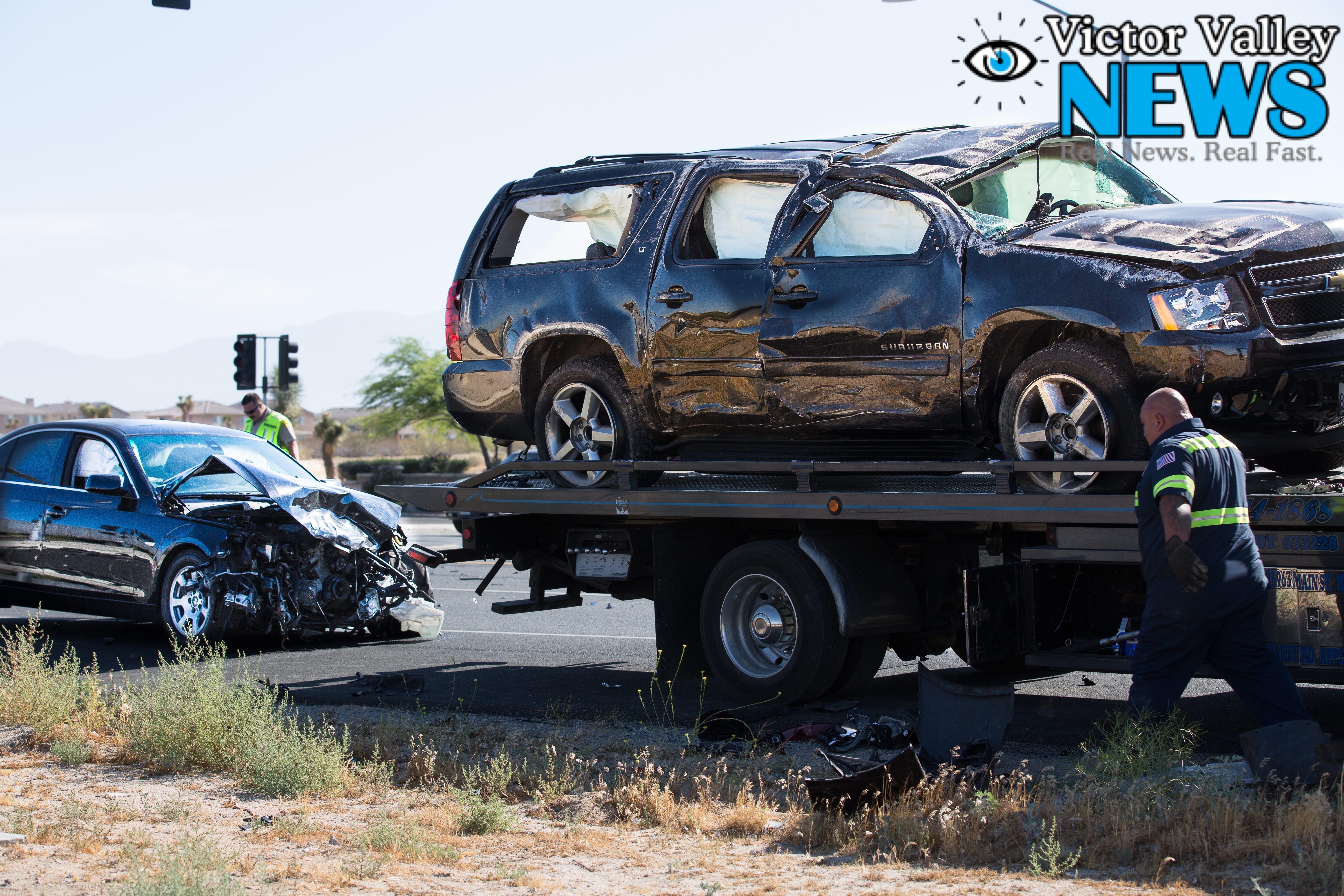 VICTORVILLE:(VVNG.com)- Dispatch received reports of a two-vehicle traffic collision at the intersection of Highway 395 and Luna Road in Victorville at approximately 4:30 P.M., on Thursday, June 18, 2015.

According to eyewitness reports a black BMW was traveling west on Luna Road and a black Suburban was traveling north on 395 when the two vehicles collided in the intersection.

The impact caused the sedan to get pushed onto northbound 395 and came to rest in the dirt shoulder. The SUV also ended in the dirt, right side up, facing south in the northbound side of 395.

“The driver of the SUV was speeding and on her phone. The SUV rolled about four times. On the first roll it flipped so high that it flew over a car waiting in the turn lane for Luna. It was heading for oncoming southbound traffic when rolling, it then bounced back the other way and landed on the northbound side. Many people crying that were barely missed by the rolling. I tried to comfort one girl who was in tears. Felt just helpless.”

The female driver of the SUV was injured and transported to a local hospital via AMR. The driver of the BMW was not injured in the collision. No other injuries were reported.

Northbound traffic on highway 395 was temporarily shut down between Luna Road and Dos Palmas while the vehicles were removed from the roadway. 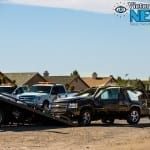 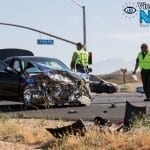