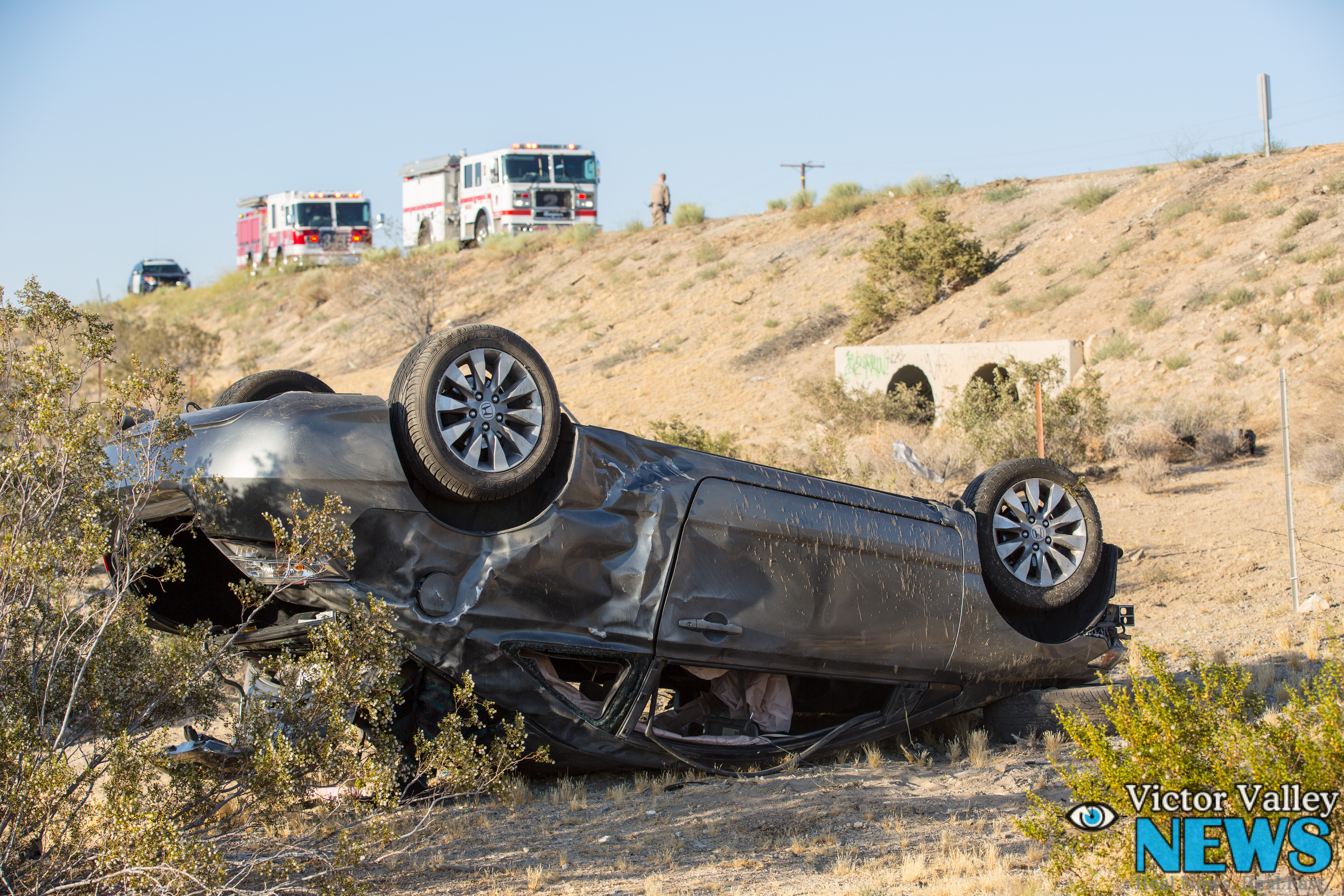 VICTORVILLE:(VVNG.com)- Three people were injured in a Tuesday evening traffic collision after both vehicles flew off the northbound 15 freeway.

At about 7:30 PM., on Tuesday, June 14th the California Highway Patrol and San Bernardino County Fire were dispatched to the southbound 15 freeway south of Stoddard Wells Road.

Upon arrival, they discovered two vehicles, a Honda Civic, and a Honda van had collided and rolled off the freeway down an embankment.

California Highway Patrol officer Ryan Mohatt told Victor Valley News, two females inside the Civic were on their way home from Barstow Community College. The Civic was in the no.1 lane traveling at speeds of 75 MPH when for reasons still under investigation, the Civic veered across all lanes of traffic and clipped the front of the Honda van.

The collision caused both vehicles to leave the freeway and eventually come to a stop in an embankment along the freeway. The Civic landed on its roof and the minivan on its wheels.

The collision remains under investigation by the California highway Patrol.