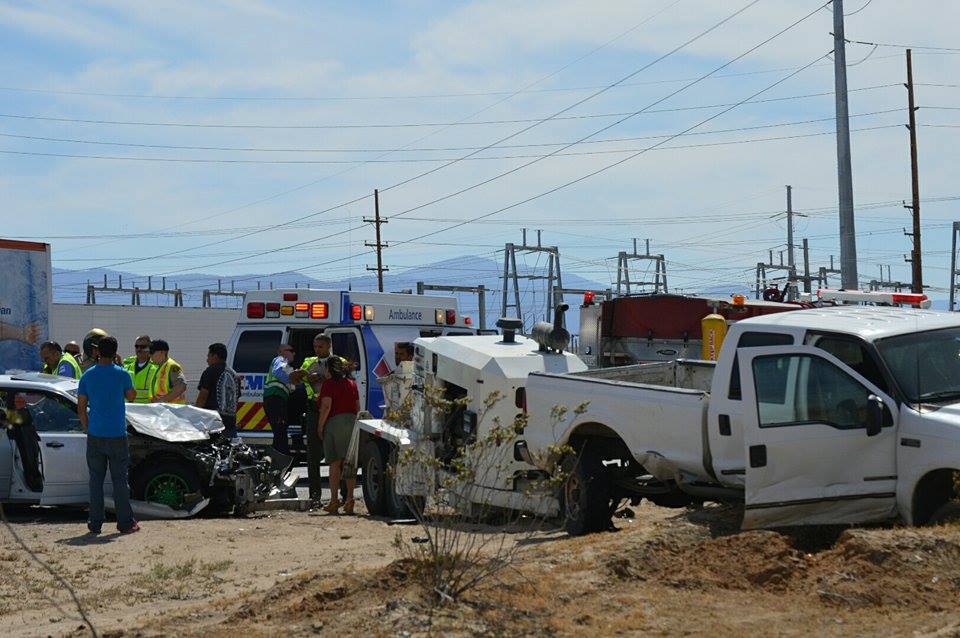 VICTORVILLE:(VVNG.com)- On Thursday, April 30th, a two vehicle traffic collision with extrication was reported just after 3:00 P.M., on the 12700 block of Palmdale Road near Vincent Drive.

The vehicles involved in the collision were a white Ford F-350 with a cement trailer and a white Mitsubishi Diamante.

According to Deputy Holland, the white pick up truck with cement trailer was traveling eastbound in the #1 lane on Palmdale Road just west of Diamond. The driver attempted to stop for crossing traffic and lost control of the vehicle. Eventually crossing over into oncoming traffic and into the path of the Mitsubishi.

The Mitsubishi was traveling westbound and collided into the rear of the pick-up truck in a broadside collision.

Three patients with minor injuries were taken to local hospitals by ground ambulances.