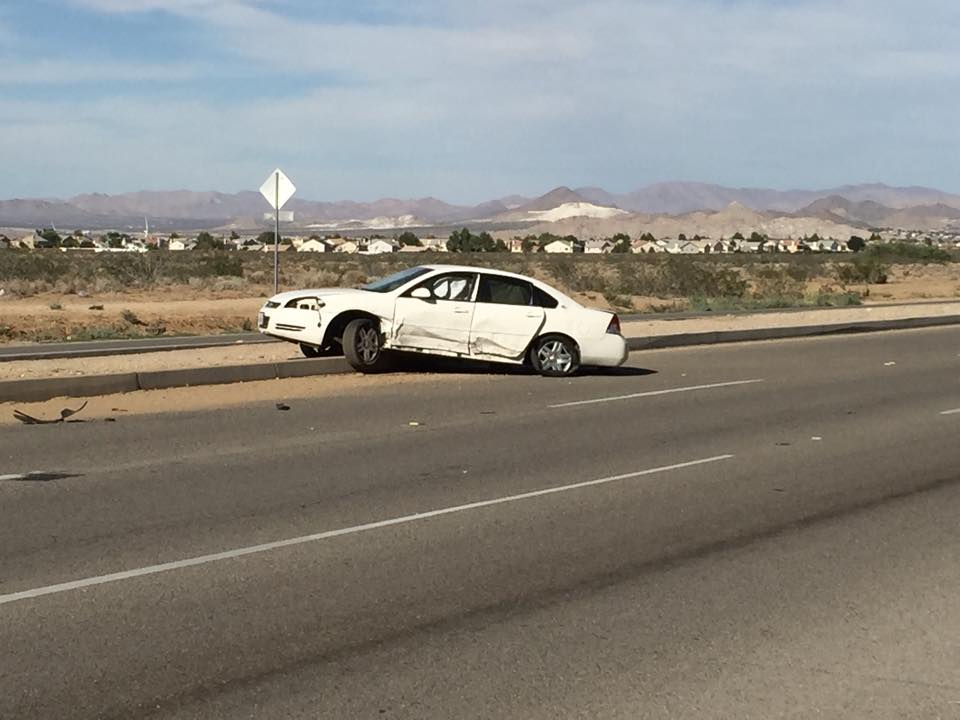 VICTORVILLE:(VVNG.com)- A two vehicle traffic collision was reported at approximately 5:25 P.M., on Monday, August 3, 2015 at the corner of Amethyst Road and Mojave Drive in Victorville.

A black 2-door Saturn occupied by a father and his 9-year-old daughter, were traveling westbound on Mojave Drive and attempting to make a left hand turn onto Amethyst Drive.

According to witnesses, a white Chevy Impala cut off another vehicle and then collided into the Saturn. Due to the high rate of speed, the Impala crashed into a fire hydrant sending it approximately 300-400 feet down Mojave Drive. The vehicle eventually stopped after crashing and becoming stuck on the center divider of Mojave Drive.

Witnesses stated the Chevy Impala was driving recklessly and at a high rate of speed just prior to the collision. Per scanner traffic, two of the occupants of the Impala left the scene of the accident. At this time it’s unclear if authorities located them.

The father and his daughter in the Saturn were not seriously injured.

Police shut down northbound traffic on Amethyst Drive at Mojave Drive due to debris at the intersection. 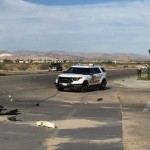 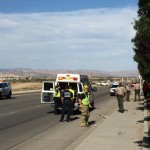 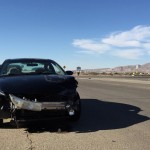 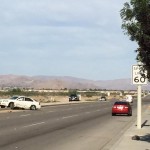 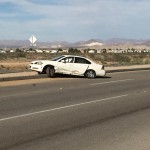 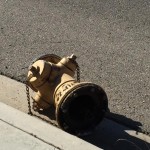 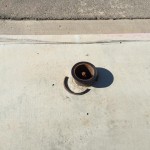