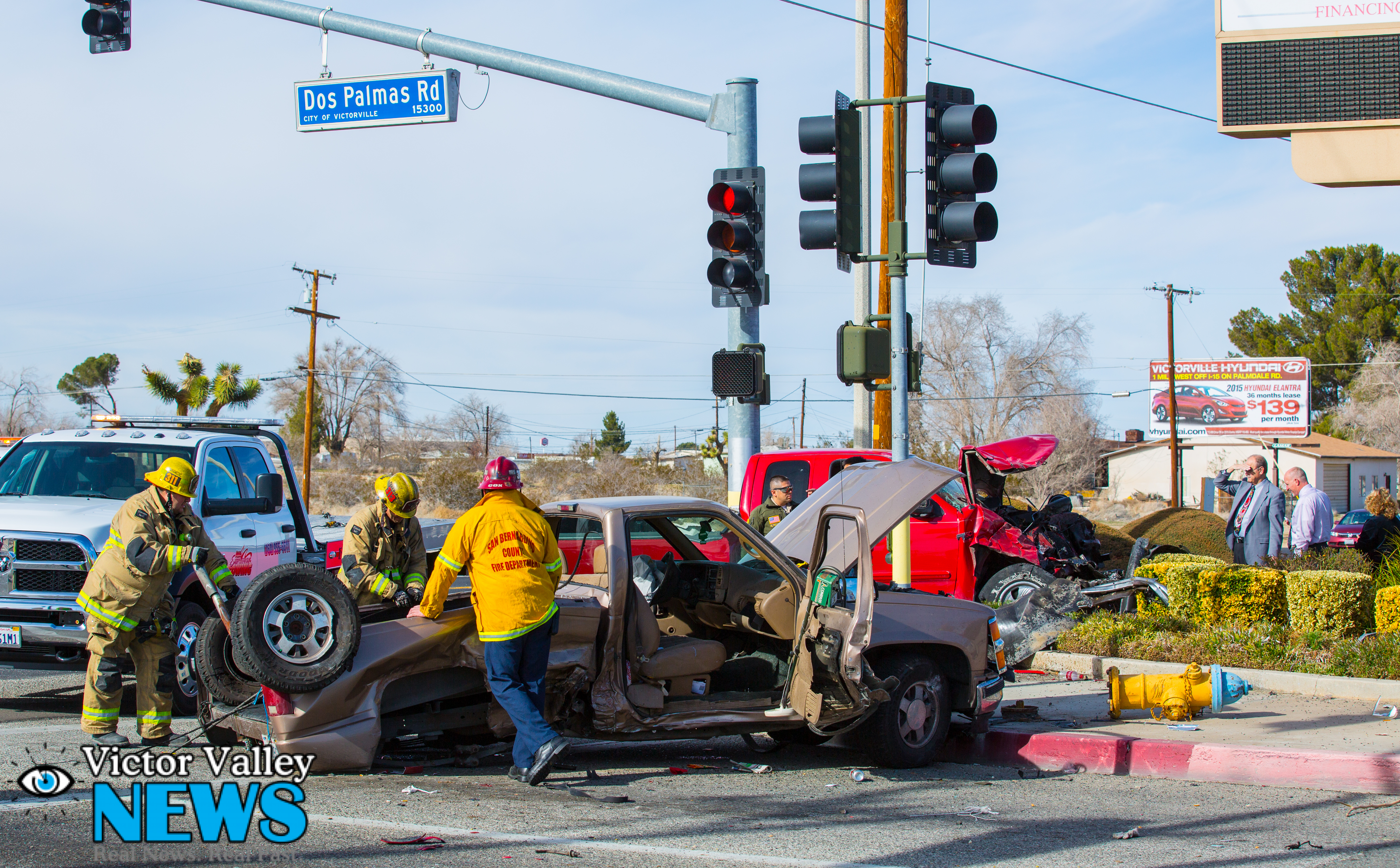 VICTORVILLE:(VVNG.com)- On Thursday, January 22, 2015 at approximately 12:58 P.M., dispatch received calls reporting a traffic collision with injuries are the intersection of Amargosa Road and Dos Palmas in Victorville.

For unknown reasons the two trucks collided in the intersection. The impact caused the Chevy pickup to hit a fire hydrant before coming to a stop with its front wheels on the sidewalk.

The Ford jumped over the curb, struck a light pole and eventually crashed through some shrubs at a business plaza.

The driver of the gold Chevrolet pickup truck was transported by ground ambulance to a local hospital. His injuries are currently unknown.

Jonathon Starbuck, 20, from Victorville was the driver of the red Ford pickup truck and was returning back to work from his lunch break. “My front right tire popped and I lost control. I hit the other truck and the signal pole.”

Northbound traffic on Amargosa Road was detoured onto Dos Palmas, for approximately one hour. Both vehicles sustained major damage in the collision and required flat-bed tow truck’s to be removed from the roadway.

At this time the cause of the accident is under investigation by the Victorville Sheriff’s Department. 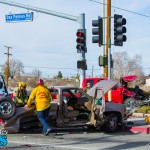 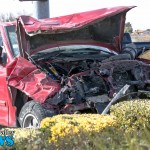 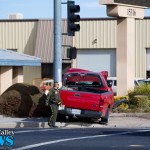