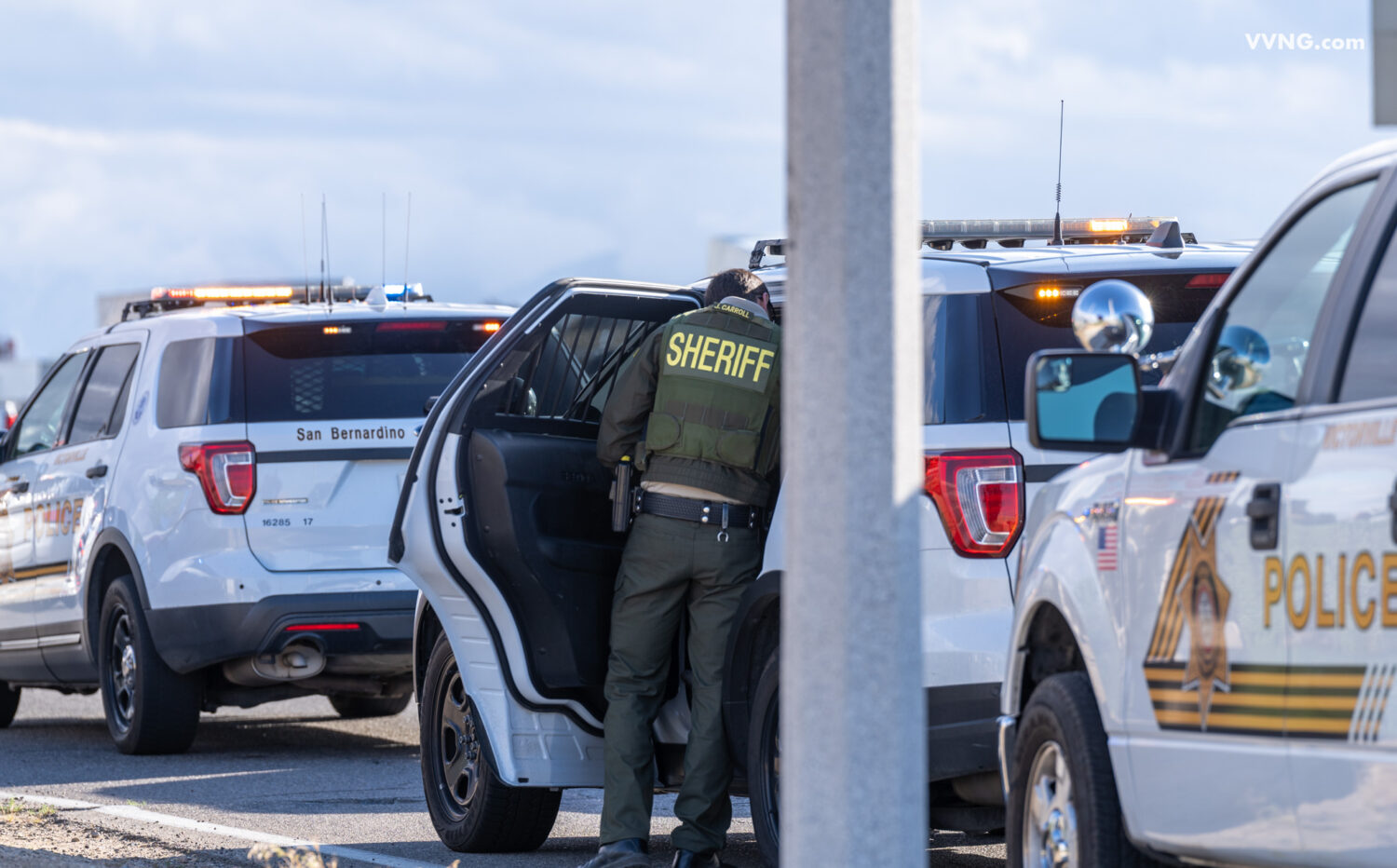 VICTORVILLE, Calif. (VVNG.com) — Authorities arrested two teens in connection to multiple armed robberies that occurred hours apart from one another.

On April 22, 2022, at about 4:00 pm, a juvenile walking in the area of Third Avenue and Rodeo Drive was robbed of his cell phone at gunpoint.

A couple of hours later, an 18-year-old was also robbed at gunpoint, officials did not provide the location of the incident.

Sheriff’s spokeswoman Tricia Blake told VVNG both suspects were located and arrested for armed robbery as well as assault with a deadly weapon-firearm.

The juvenile suspect was booked into Juvenile Hall.  The adult suspectidentified as Mikel Sanchez, and 18-year-old resident of Victorville, was booked at Hight Desert Detention Center and has since bailed out.

The spokeswoman said both guns used in the robberies were recovered.