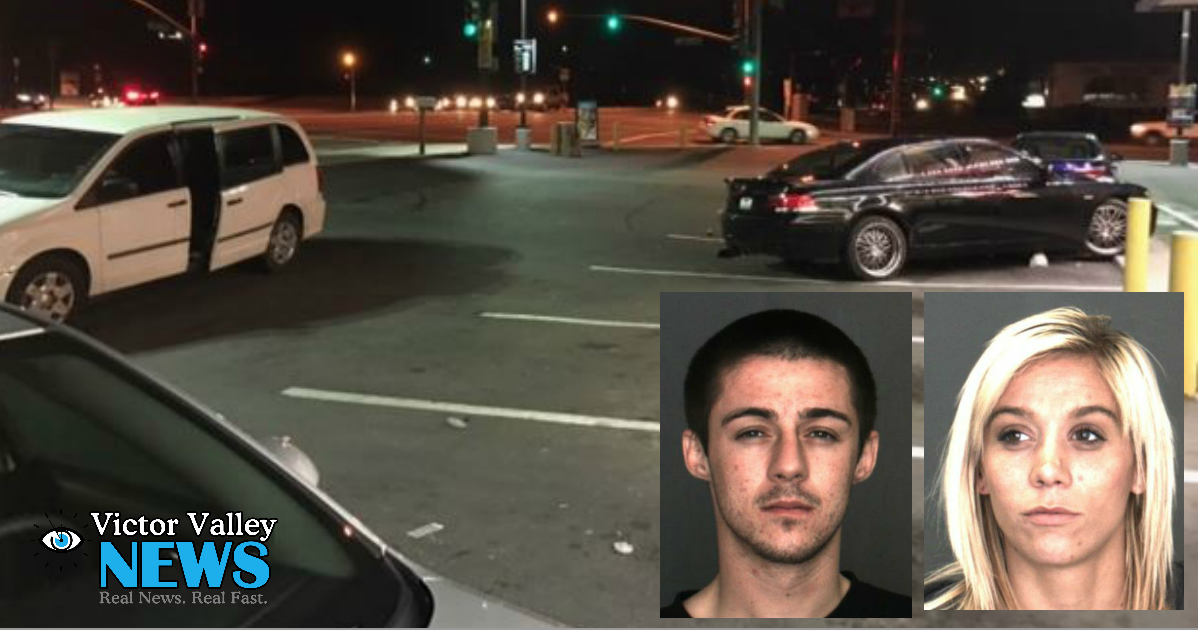 YUCAIPA, Calif:(VVNG.com)– Deputies are searching for two suspects who rammed into a unit with officers inside in the 12100 block of 14th Street in Yucaipa.

On November 30, 2016 at approximately 7:00 p.m. Redlands Police narcotic officers were in the area of 14th Street and Yucaipa Blvd. and observed a BMW 7 series matching the description of a reported stolen vehicle from the City of Redlands.

Officers attempted to contact the driver, later identified as 23-year-old Jesse Robey, a resident of Yucaipa, who put the vehicle in reverse and rammed an unmarked unit with officers inside.

Robey fled on foot and Morgan Killion, 23, from Yucaipa, got into the driver’s side and attempted to put the vehicle in reverse, but was unsuccessful and fled on foot.

Yucaipa Station MET Deputies and Detective Kovensky arrived on scene to continue with the investigation, which led in the positive identification of both Robey and Killion. The vehicle was found to be stolen from the City of Redlands and a loaded handgun was located on the front driver seat. Deputies were unable to locate Robey or Killion and arrest warrants have been issued for PC245 ( c ), Felony Assault on a Peace Officer in the amount of $500,000.00 each.

The Multiple Enforcement Team / Problem Oriented Policing Detail is funded by and serves the City of Yucaipa. Among other duties, officers assigned to this detail seek wanted persons, work with parole and probation officers to ensure that people under their supervision remain in compliance with the law, and respond to concerns expressed by citizens regarding all types of criminal activity that is affecting their neighborhoods and communities.