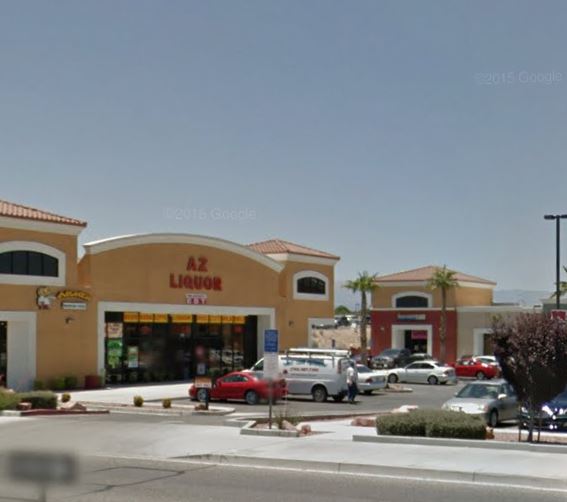 VICTORVILLE-(VVNG.com):  At approximately 9:50 p.m. on Tuesday, May 19th dispatch received the report of an armed robbery at the AZ Liquor Store located at 12120 Ridgecrest Rd in Victorville. The black male suspect walked into the store, held the two store employees at gunpoint then ordering them behind the counter to open the register.

The employees complied with the request of the gunman.A mother and her child were in the store as the incident occurred, but they were able to leave through the front door. The armed robber left the location with an undisclosed amount of cash in his pocked and according to scanner traffic a bottle of Grey Goose Vodka.

“A Victor Valley College School police officer noticed a suspicious vehicle leaving the area so he took down the license plate as he left the area.” said Sgt. Zour, the San Bernardino County Sheriff’s Department Spokesman.

Hesperia and Apple Valley units assisted and the vehicle was located and stopped on Bear Valley Road. The suspects were taken into custody. At this time there is no further information, the incident is still under investigation, information will be updated as it is received.