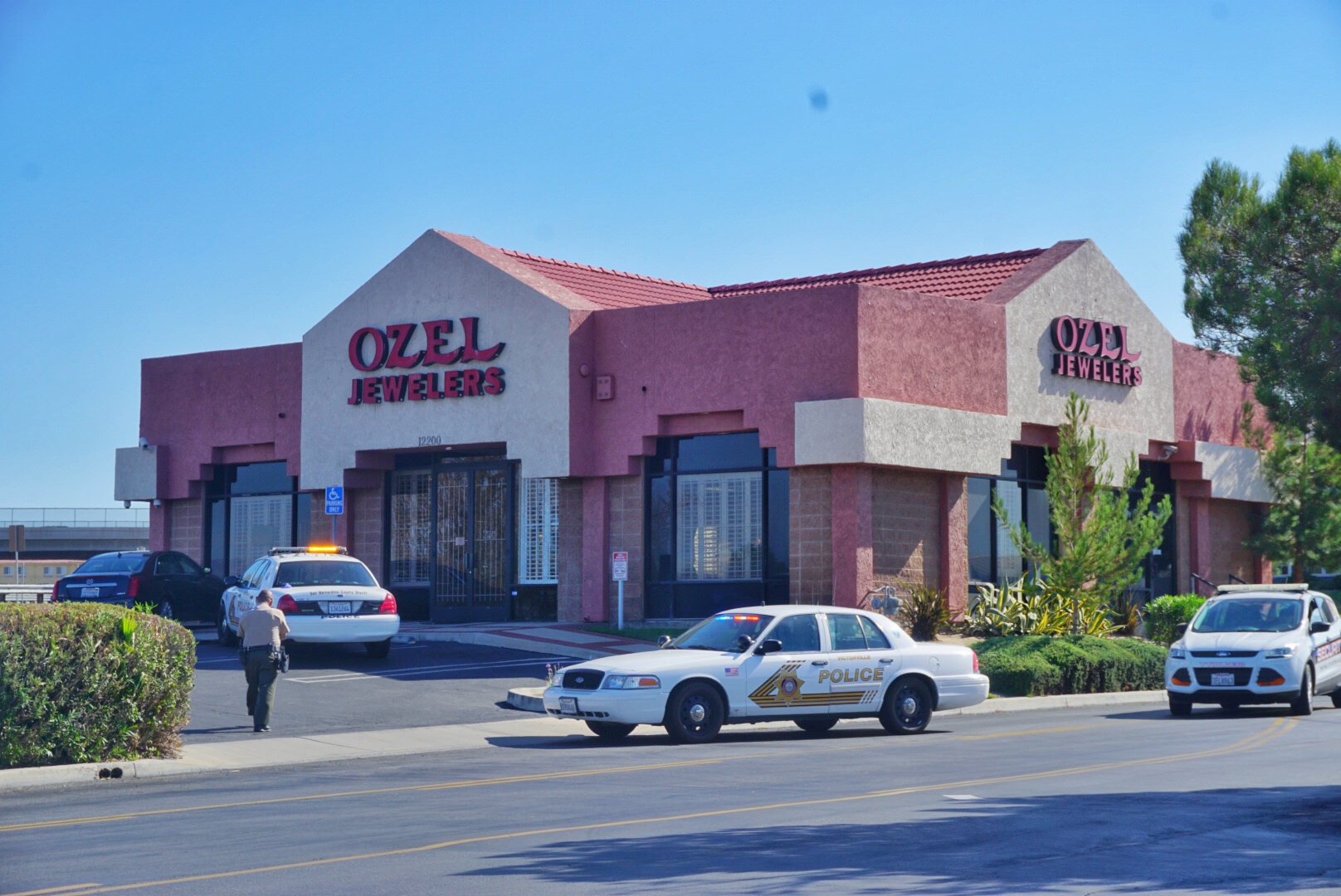 VICTORVILLE, Calif:(VVNG.com)- A 24-year-old Los Angeles man and a 17-year-old juvenile from Victorville have been arrested in connection with a jewelry store robbery.

On Saturday, August 13, 2016, deputies from the Victorville Police Department responded to Ozel’s Jewelers in the 12200 block of Amargosa Road, for a robbery in progress. When deputies arrived they found 24-year-old Devlin Rhodes, being detained by employees.

At approximately 3:40 PM, Rhodes went into the store, pulled out a gun, and attempted to rob them. The employees fought with Rhodes, who at one point put the gun to the chest of one of the employee’s. The employees were able to gain control of him and held him until deputies arrived. Rhodes was armed with an imitation gun.

Rhodes, who was also on parole, was arrested and booked at the High Desert Detention Center for robbery and promoting a criminal street gang. He is being held on $100,000.00 bail.

During continued investigation of the case, video surveillance showed a second suspect. The 17-year-old male suspect could be seen approaching the front of the store and entering the lobby. It appeared he saw the first suspect struggling with the employees and promptly left. Detectives were able to identify the second suspect and took him into custody on August 19, 2016.

The second suspect was booked into the Juvenile Detention Center in San Bernardino for robbery and conspiracy.

Anyone with information about this investigation is asked to contact Detective S. DeMuri at the Victorville Police Department at (760) 241-2911. Callers wishing to remain anonymous are urged to call the We-Tip Hotline at 1-800-78CRIME (27436) or you may leave information on the We-Tip website at www.wetip.com.