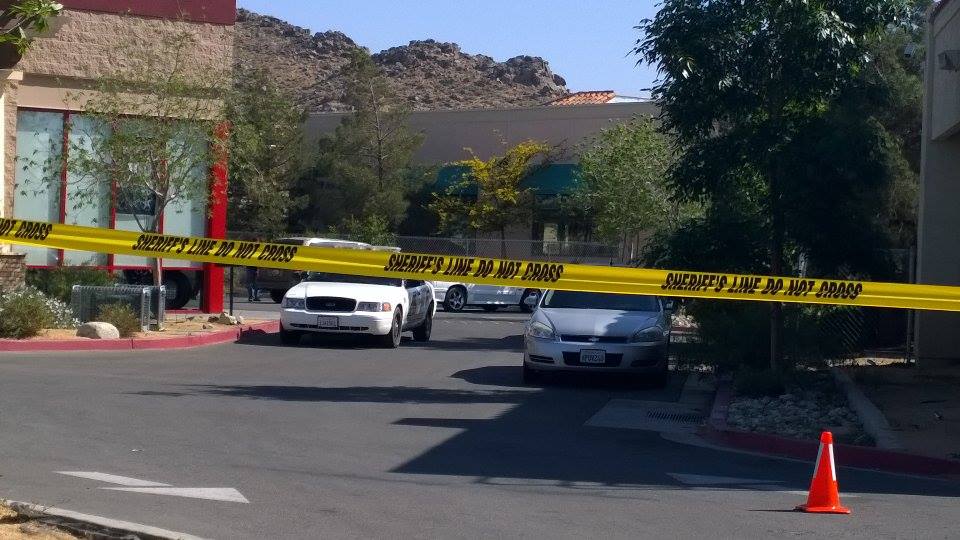 APPLE VALLEY:(VVNG.com)- Two suspects wanted in connection with a shooting that took place have been arrested after authorities served a search warrant in the 20000 block of Yucca Loma Road in Apple Valley.

On Tuesday, April 14th, 2015 at approximately 2:28 p.m., deputies of the Apple Valley Police Station responded to a call of shots fired in the area of Rancherias Road and State Highway 18.

According to authorities, the victim had been in a prior verbal dispute with the suspects, later identified as 24-year-old Gary Beeson and 22-year-old Anzoina Eason when they saw him walking behind the Grand Liquor store in Apple Valley.

Suspect Anzoina Eason attempted to run the victim over with her vehicle a 2012 silver 4 door Hyundai.

The victim was able to jump out of the way and was not injured. The second suspect Gary Beeson who was not in the vehicle pulled out a 380 semi automatic hand gun and fired four rounds at the victim. The four rounds missed the victim and he ran from the scene to seek safety from the suspects.

Anzoina Eason who was driving the vehicle had three minor children in the vehicle at the time of the incident ages 8,5 and 4 none of the occupants of the vehicle were injured during the shooting.

The suspects fled the scene prior to deputy’s arrival. Deputies conducted a thorough search of the area to ensure no one had been struck by any of the rounds fired by the suspect.

Anyone with information regarding this case is asked to contact Detective Motley at the Apple Valley Police Station (760) 240-7400 or anonymous tips can be made to WE TIP at 1800-78-CRIME.