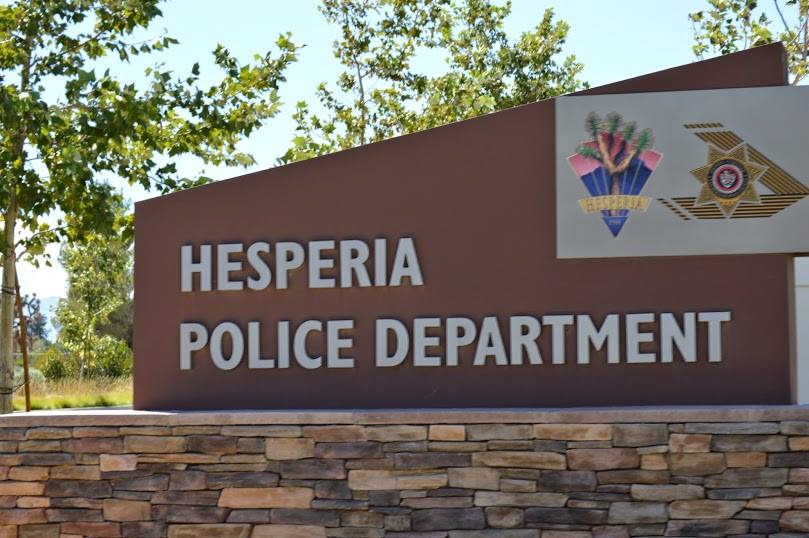 HESPERIA-(VVNG.com):  An investigation is being handled by the San Bernardino County Sheriff’s Department, Hesperia Station after a single vehicle lost control and crashed on Bangor and I Avenue at about 1:57 p.m. on Thursday. The vehicle, hit the Southern California Edison equipment and the occupants, both males, fled the vehicle.

The reporting party was able to describe the two men to dispatchers, which assisted in locating the subjects. According to the Hesperia Station Spokeswoman, Karen Hunt, shortly after the collision two men with matching descriptions were located and one was the registered owner of the vehicle.

“They do have one person who is suspected of being under the influence and that investigation is being conducted also. I don’t believe we have evidence as to which person was behind the wheel, so if found to be intoxicated it will likely be a drunk in public charge,” said Hunt.

The investigation is still ongoing, anyone with information should contact the Hesperia station at (760) 947-1500. Callers wishing to remain anonymous are urged to call the We-tip Hotline at 1-800-78-CRIME (27463) or you may leave information on the We-Tip website atwww.wetip.com.