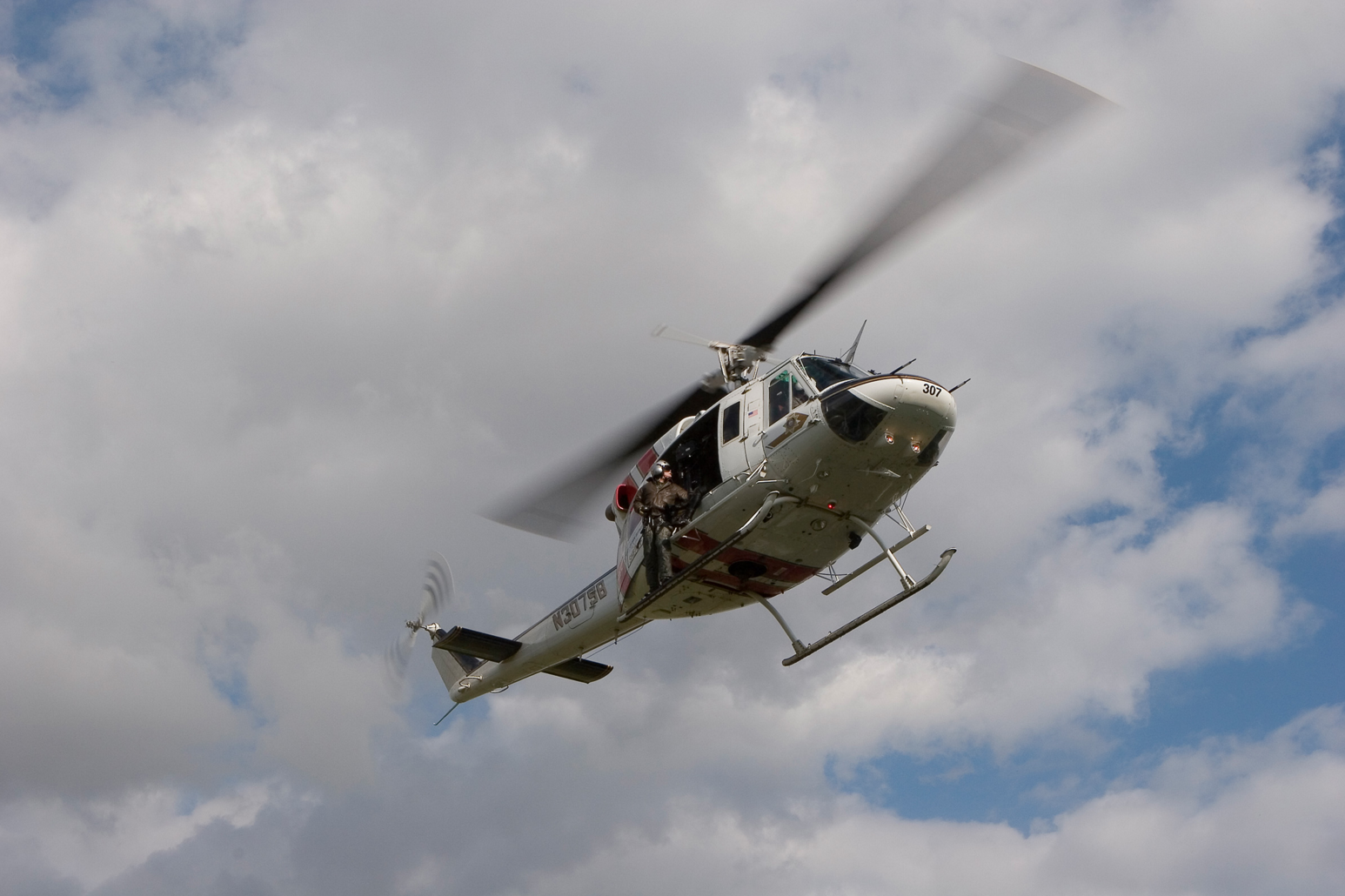 The two 17-year-old boys were hiking when they became lost and began to feel the effects of heat exhaustion. After noticing his friend needed medical assistance, one of the teens called 911.

A Sheriff’s patrol helicopter (40-King) responded to the call and conducted an extensive search. Both hikers were located by 40-King in a narrow canyon with the assistance of the teen on the phone and the dispatchers who assisted in relaying where the teens were in relation to the helicopter.

Due to the terrain and the hikers inability to hike to a safer location, Sheriff’s Air Rescue 6 was called in to perform a hoist rescue on the stranded hikers.
Air Rescue 6 operated by flight crew Corporal Gilley, Deputy Miller and Air Medic Curtis arrived and performed a hoist rescue on both hikers. The hikers were taken to an awaiting ambulance, and they were transported to a local hospital for precaution for medical evaluation.