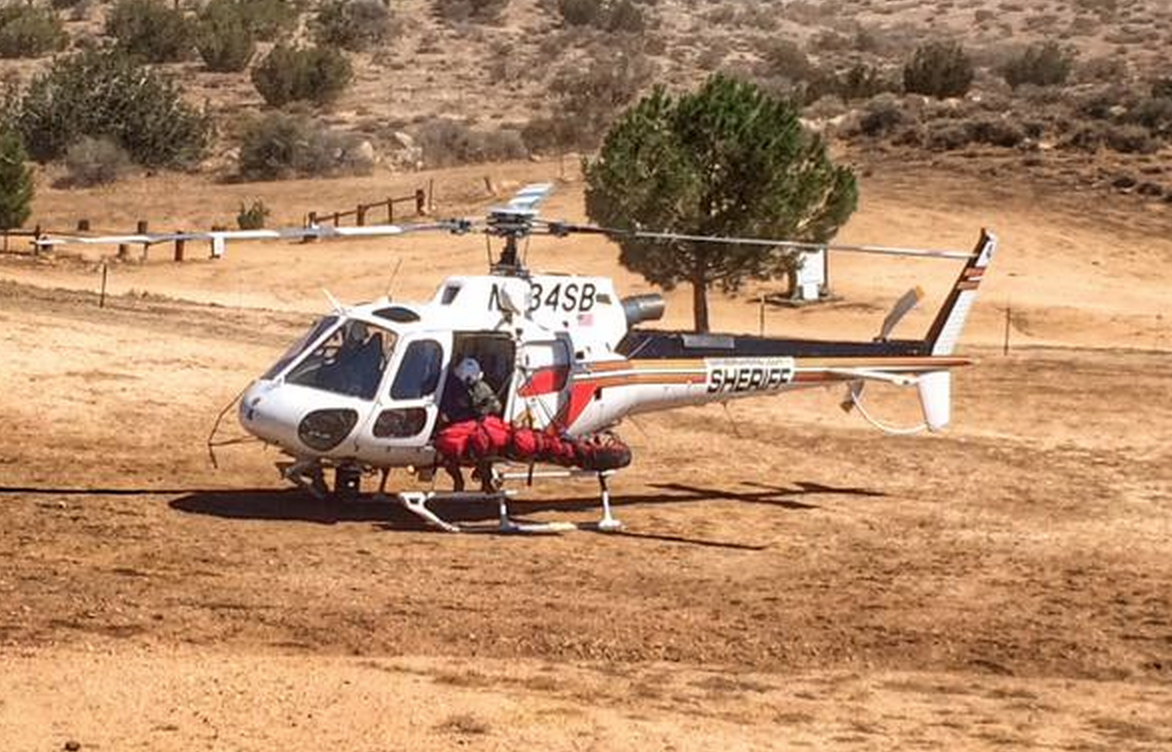 Robert Wittman-Spinuzzi, 25 years old, resident of Long Beach, injured himself after conducting a backflip into the water and striking a submerged rock.

On July 14th at approximately 8:41 A.M., dispatch received a call from a reporting party stating the male was injured and possibly suffering from back injuries.

Once Wittman-Spinuzzi was stabilized on a backboard and packaged in a Bauman Bag, the 40King4 crew hoisted him approximately 100′ to the aircraft and quickly transported him to a nearby location where fire department and AMR personnel were waiting.

Spinuzzi was transported by ground to St. Mary’s Medical Center.

Earlier in the day at approximately 9:45 A.M., a 29-year-old man sustained a fractured hip after jumping into the shallow waters and also required to be hoisted out from the location.

Recently the Deep Creek area has been in the public’s discussion for many separate incidents. The most recent a murder that claimed the life of a 43-year-old Hesperia man on June 21st.

Since the shooting officials have stepped up patrolling in the spillway area and issuing tickets for individuals who trespass.

On July 8th, a young woman was also rescued from the area after she injured herself jumping from the rocks. On May 24th an 8-year-old boy lost his life after drowning in the Deep Creek spillway. On April 24th a 16-year-old boy died while cliff jumping in the hot springs area of Deep Creek.