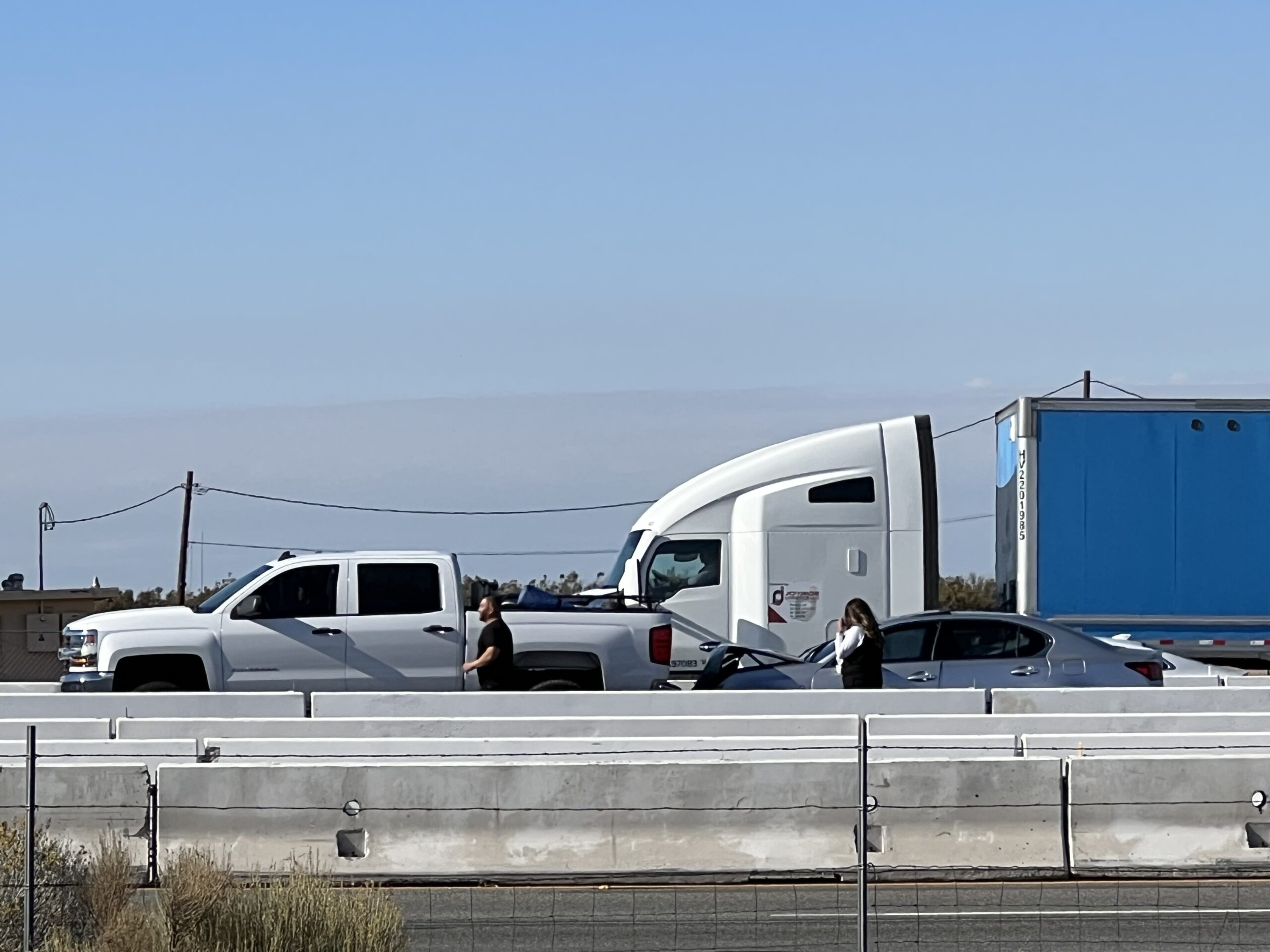 HESPERIA, Calif. (VVNG.com) — A three-vehicle crash was reported in the bypass lane Saturday afternoon, the second of its kind reported moments apart.

The first crash was reported at 12:54pm, December 3, 2022, on the southbound 15 freeway, just north of Ranchero Road. That crash involved a white Ford F250 and a gray Kia Sorrento, according to CHP logs.

Firefighters said the vehicles from the first crash were able to move out of the road, and no serious injuries were reported.

Then, at approximately 1:16 pm, firefighters responded to a second crash about half mile north of the first collision, this one also reported in the bypass lane, but involved a white truck, and two white sedans.

No major injuries were reported in either crash, however, traffic was jammed in the immediate area.

Man airlifted from crash on Sheep Creek Road in Phelan