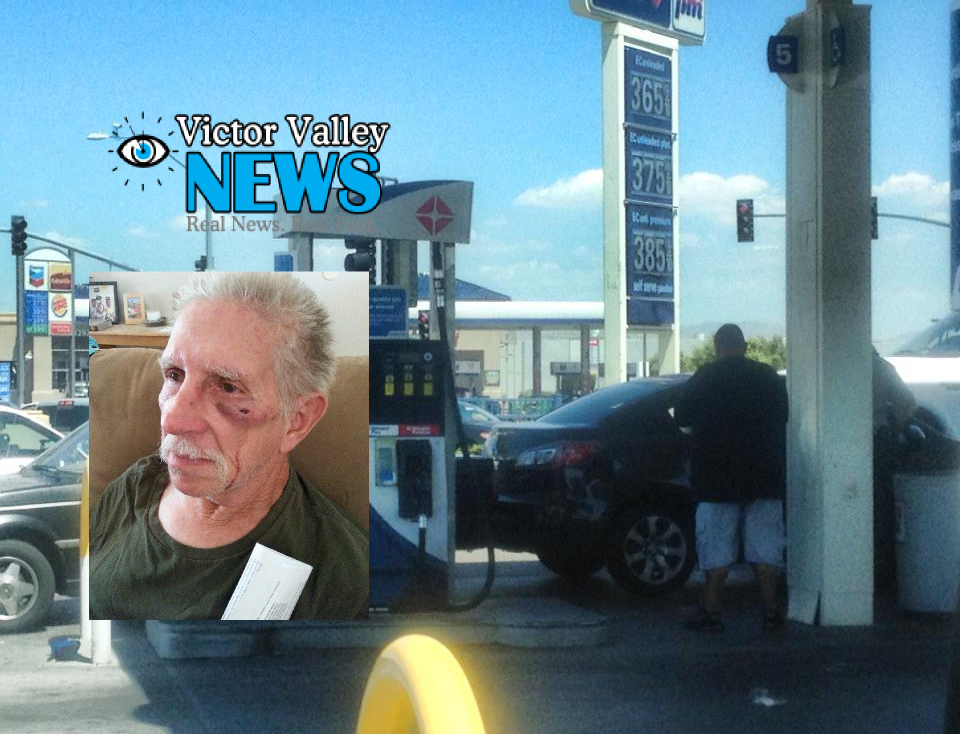 VICTORVILLE-(VVNG.com):  The August 22, 2014 attack of Danny Froschaur, 72 of Victorville stirred up emotions of the family of this elderly man as well as the community. The attackers, three females, were caught on tape not only verbally abusing Froschaur, but also physically assaulting the elderly man.

The attack came after Froschaur, who was watching his grandson at the time pulled up to a gas pump. When exiting his vehicle the women began to verbally attack the elderly man claiming that the pump was their pump. After refusing to move from the pump, the woman proceed to become physically violent with Froschaur.

Several witnesses pulled out their camera phones in order to obtain evidence of this shocking occurrence. One of the women grabbed the phone out of one of the witnesses hands and attempted to grab the other witnesses phone. The women were detained and two were taken into custody, the pregnant woman was released to return to court at a later date.

The pregnant woman, 21-year-old DeAngela Finney when arrested, gave the name of her sister Tatiana Finney in order to attempt to avoid criminal charges.

The other two women, Leticia Susana Aguilar, 26 and Brittany Ann Johnson, 24 were incarcerated and originally  pleaded not guilty to all charges. They were being held on $75,000 bail, but were bailed out on September 18, 2014.

On Tuesday, January 13th Johnson and Aguilar put in a guilty plea as part of a plea bargain. Johnson pleaded guilty to the charge of false imprisonment of an elder or dependent by violence, which as part of the plea bargain dropped the original four charges against her. Aguilar, put in a no contest plea to assault charges, as part of her plea bargain prosecutors dropped the elderly abuse charge.

Johnson appeared in court on Friday, February 27th for sentencing. The sentence imposed was a 4 years, with credit for the 47 days in which she served plus 47 days for good behavior for a total of 94 days pursuant to PC4019. The defendant will, after time served and credit serve approximately 1 year and 9 months in county prison. Johnson is expected to return to court on June 1, 2015 to request release in order to give birth.

Aguilar was sentenced to 365 days in a county jail facility. She will be credited for time served and is ordered to serve a minimum of 86 days in county jail prior to release. She was ordered to report to Glen Helen Rehabilitation Center on April 17th, 2015 to serve her time.

Finney was in court on Tuesday, February 24th and put in a not guilty plea to all charges. She is currently out on bail and is ordered to return to court on March 4, 2015 for a pre-preliminary hearing.